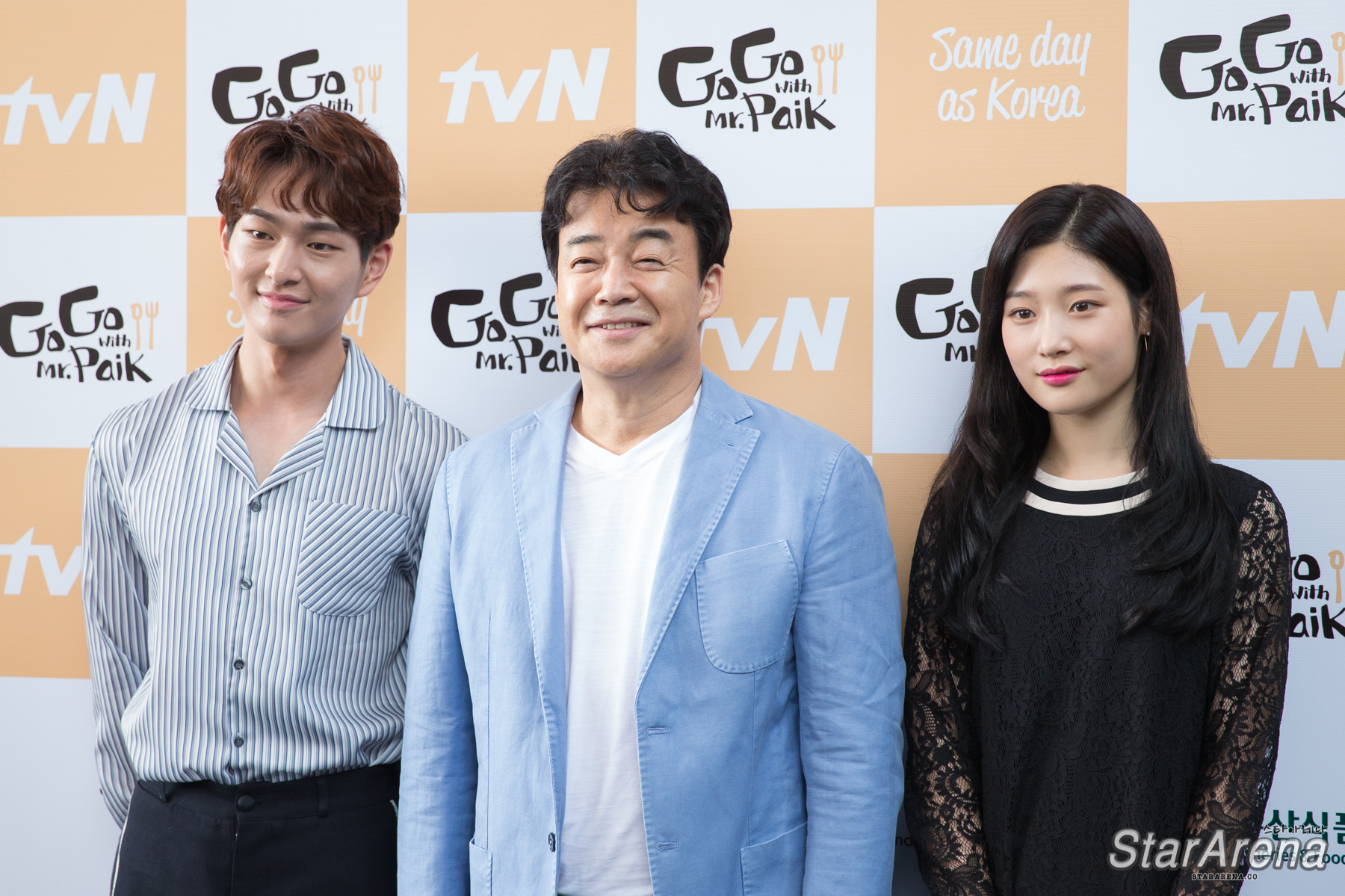 Singapore, 2016 –  tvN’s brand new variety program – Korean celebrity Chef Paik Jong-won’s global Cook-topia – Go Go With Mr. Paik in Singapore starring Chef Paik, Onew from SHINee and Jung Chae-yeon from DIA, will premiere in Asia-Pacific on 19 December (Monday) at 10:30pm (GMT+8). This marks the first reunion of Chef Paik, Onew, and Jung Chae-yeon after the three of them spent an amazing “family” time in Kudat back in August this year.

Through the program, viewers will be able to discover the richness of Singapore’s gastronomic culture which is influenced by its strong multicultural heritage, as well as innovative concepts which reflect contemporary Singapore.

In Go Go With Mr. Paik in Singapore, viewers will also get an authentic visual experience of Singapore home cooking as Chef Paik, Onew, and Jung Chae-Yeon explore the local markets in Little India and Chinatown for ingredients to whip up some local delicacies, such as kaya toast, laksa, bak ku teh and chicken rice. In view of the approaching Christmas, Chef Paik will reveal his special party menus for his beloved “nephew” Onew, “niece” Jung Chae-yeon, and some “special guests”. The trio will also spend some “play time” at Singapore’s top attractions in Sentosa where their Manor is located – experiencing thriller rides in Universal Studio Singapore and immersing themselves in the magical water world at the impressive S.E.A. Aquarium. To preserve the tradition of the program, the uncle-nephew-niece trio once again enjoys an “eat, sleep, eat” (먹고자고먹고) vacation.

Media Session
Chef Paik, Onew and Chae-Yeon met up with the media on November 2nd to answer some questions about their new show “Go Go with Mr Paik in Singapore”.

Even though they have been filming the whole day, Chef Paik, Onew, and Chae-Yeon were still smiling and laughing as they answer some rather interesting questions directed to them.

Having spent time in Singapore trying the local delicacies, they were asked what is their favorite Singapore dish. It is no surprise that they picked the most popular food in Singapore – the chili crab. Chef Paik also states that he really like Pepper Crab too. 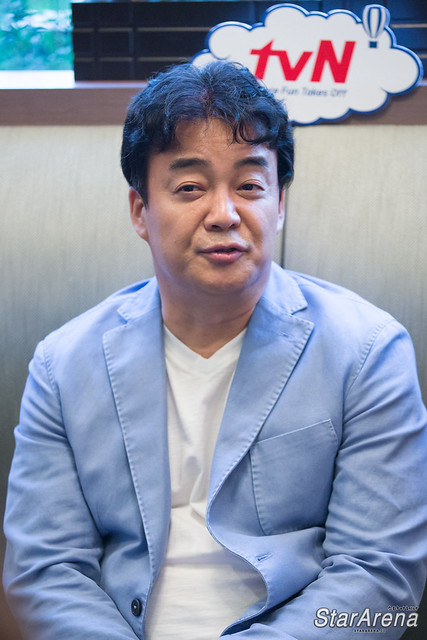 Filming for the show would mean that Chef Paik, Onew, and Chae-Yeon spent a significant amount of time together. A question was then asked who has a potential of being a better cook between Onew and Chaeyeon. Chef Paik laughed and nervously pointed to Onew and explained, “He is really talented in tasting the food and he can express the taste really well.” 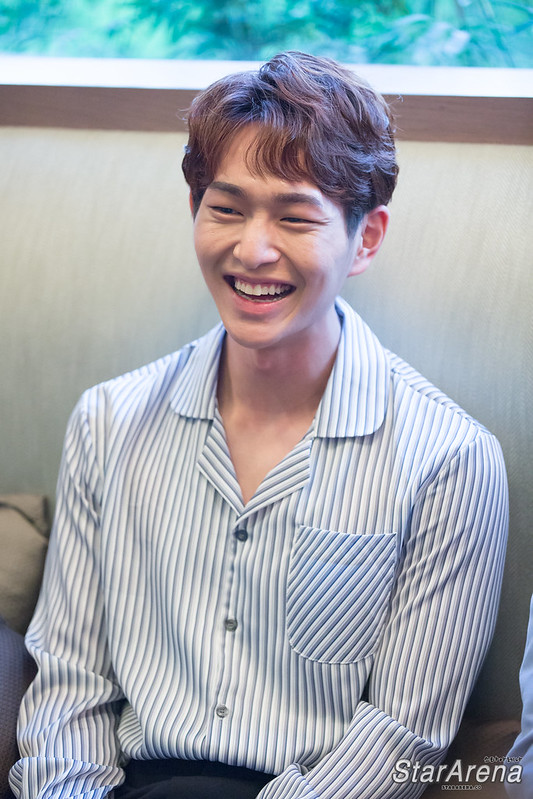 Being a chef, it would mean that Chef Paik is always surrounded by food and cooking. So some would wonder if he cooks at home too? And what is his best dish? He jokingly said, “I cook every day and everything is nice!” bringing in lots of laughter to the whole room.

Well-known for loving chicken, Onew was asked what his favorite chicken dish in Singapore is. His face instantly light up and exclaimed, “chicken rice!”. Chef Paik also nodded in agreement and shared that they tried Hainanese Chicken Rice and it was really good.

When asked if they could pick one dish on a deserted island, it is no surprise that chicken-lover Onew picked chicken, of course! Chef Paik, on the other hand, picked a more conventional food – rice. 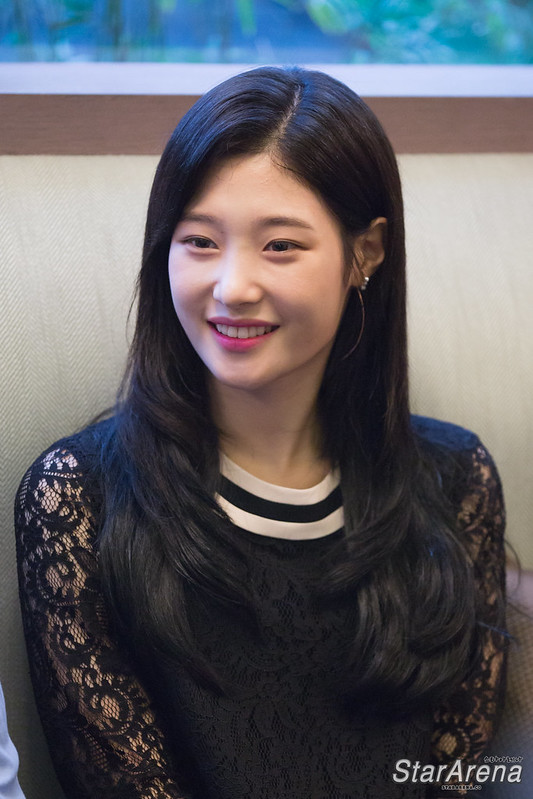 Onew and Chaeyeon are both popular in the entertainment industry. While Onew has been around in the entertainment industry for a long time, Chae-Yeon is considered still a rookie. Hence, a question was asked if she felt awkward, having to film with someone she considered a senior in the industry. She shared, “Onew is very nice to me. So I feel close to him.”. Chef Paik also agrees and said, “He is a very humorous person and always liven up the atmosphere easily. So it is not awkward filming with him at all.” Showing their close ties with one another.