Hong Kong, 2020 – Apink is coming back to Hong Kong to meet the Hong Kong PANDA again! Rolemodel Entertainment Group (REG) and D-SHOW Entertainment Limited have just announced to bring all of you < Welcome to PINK WORLD 2020 Apink Concert in Hong Kong> on 28th March 2020 at AsiaWorld-Expo, Hall 10. Tickets priced at HKD $1,888(VIP), $1,388, $1,088, $788 and $588, will go on public sale in mid-February via Cityline and Tom Lee Music Stores. END_OF_DOCUMENT_TOKEN_TO_BE_REPLACED

Singapore, 2019 – South Korean singer-actress IU (Lee Ji Eun) successfully concluded her 2-night ‘LOVE,POEM’ concert in Singapore which was held at The Star Theatre, The Star Performing Arts Centre. The additional night (6 December) was added as tickets for 7 December were sold out within an hour – reflecting the singer-actress’ evident popularity. END_OF_DOCUMENT_TOKEN_TO_BE_REPLACED

Eric Nam 에릭남 kicks off 2020 world tour in Asia in January and he will be performing in Singapore on 11th January at The Pavilion! END_OF_DOCUMENT_TOKEN_TO_BE_REPLACED

This December, Legacy Festival is going to inject a fresh breath of air into Singapore’s party scene at Sentosa Siloso Beach on Dec 6 and 7, 2019. END_OF_DOCUMENT_TOKEN_TO_BE_REPLACED 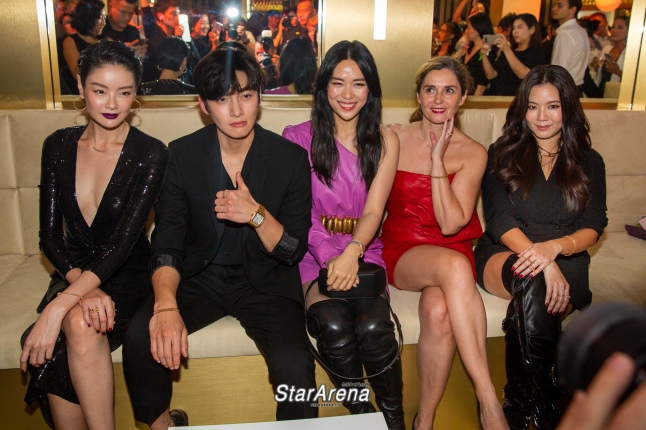 For the first time in Southeast Asia, Cartier will be presenting the exclusive CLASH DE CARTIER STUDIO in Singapore. Following the successful global launch of the Clash de Cartier collection in Paris earlier this year, the Maison has recreated an experiential pop-up to allow for guests to explore the collection in an unconventional and immersive space.

CLASH DE CARTIER STUDIO is open to public from 15 to 17 November 2019 at STPI Creative Workshop & Gallery (41 Robertson Quay, Singapore 238236). Pre-registration of an hourly session is available at clashdecartier.sg/register. 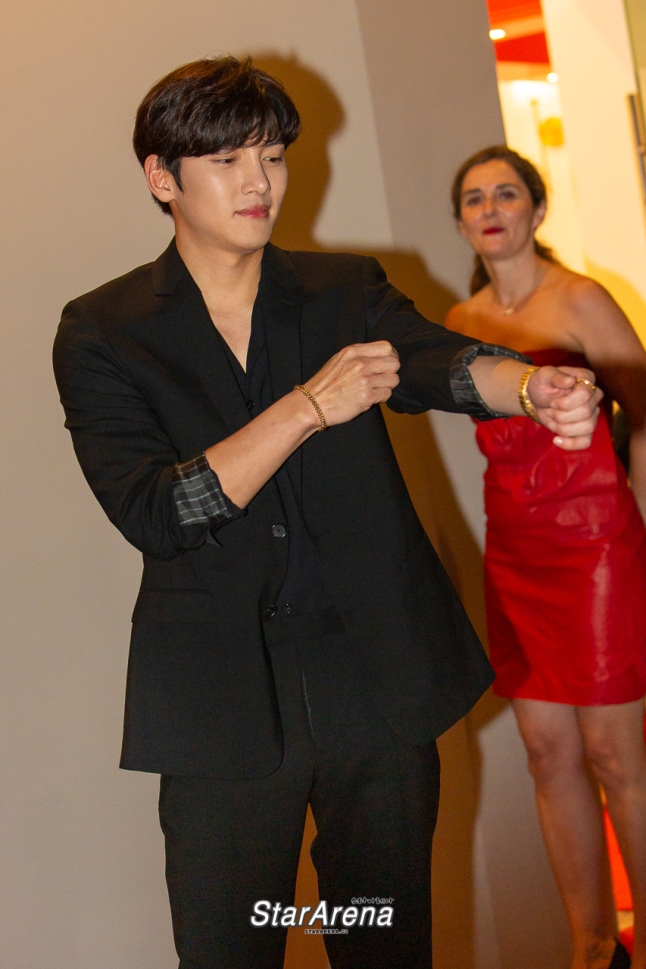 Singapore, 2019 – Feel special like a VIP this November and be amongst the first to delve into the minds of psychotic killers and sexy-brain men while you celebrate Singles Day with Viu Singapore limited time offer! From 8-15 November 2019, take 50% off a 12-month Viu Premium plan (that’s savings of $41.88!) or 30% off a 6-month subscription. Grab either one of these discounts and you are all set to catch your favourite Asian stars as fast as 8 hours after the original telecast in crystal-clear high-definition viewing and unlimited downloads to binge-watch them on the go! What a VIP treatment at extra-ordinarily low prices that’s available only at https://sg.viu.store1.

END_OF_DOCUMENT_TOKEN_TO_BE_REPLACED 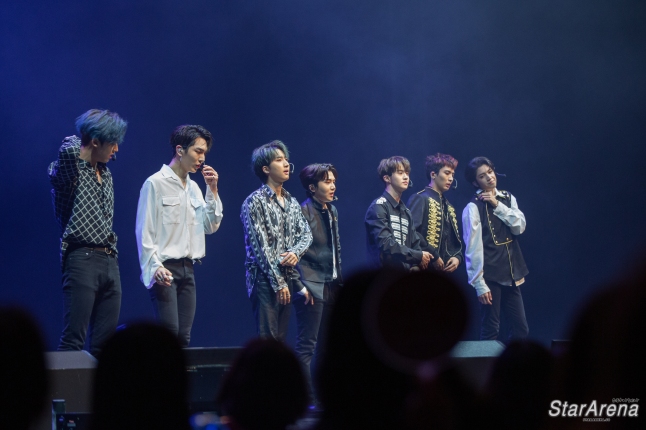 Singapore, 2019 – Pentagon wrapped up their 2019 World Tour <Prism> in Singapore on 2nd November. The group shared that they wanted to show Universe-s their charms and colours through the show and they definitely did with their wide range of song genres. The set up and lightings in the venue definitely played a part enhance the experience on site.

The show started off with dance tracks like Sha-la-la, Gorilla, Like This, Runaway before moving on to playful tracks like Just Do it Yo!, Humph. The group also prepared 2 special cover performances of Havana by Camilla Cabello and Uptown Funk by Bruno Mars. 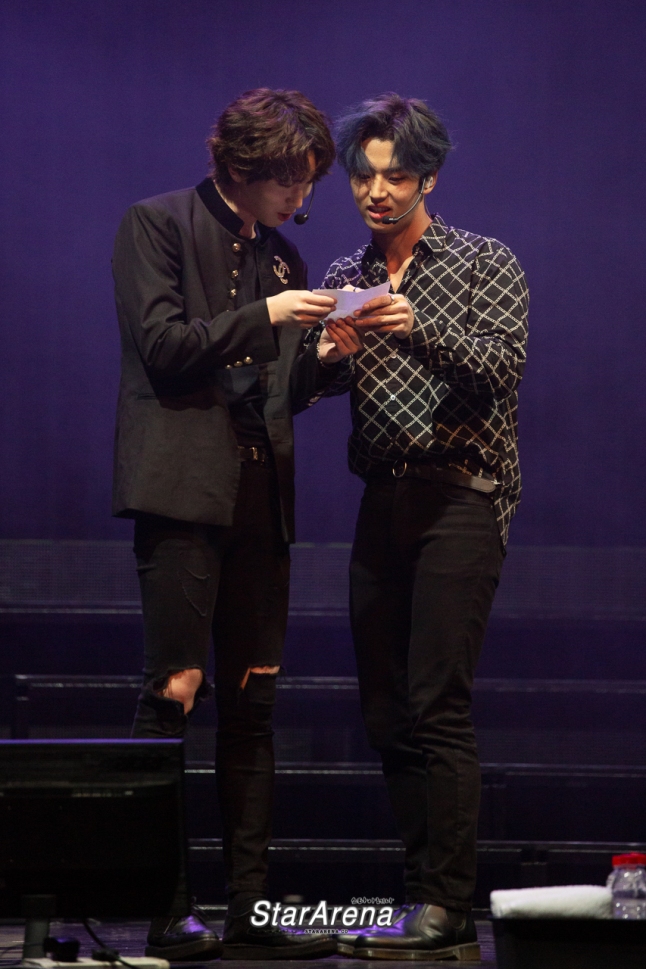 Hong Seok, who studied in Singapore for a couple of years, demonstrated his ability to converse English (& Singlish), During the talking segments, the group tried to communicate in English most of the time, generously flavouring their speech with Singlish, dropping a couple of lah-s along the way. Hong Seok even prepared a sentence during his introduction, reading off a slip of paper from his pocket: “Waseh so many chiobu-s in the audience today!” bringing much cheers and laughters in the crowd. Further into the show, Hong Seok also spilled that he was a playful kid who did silly things then and he even showed a short example on stage. Kino and Jinho also shared how Hong Seok got them falling for Bandung(Rose Syrup with condensed milk) after he introduced the drink to them. 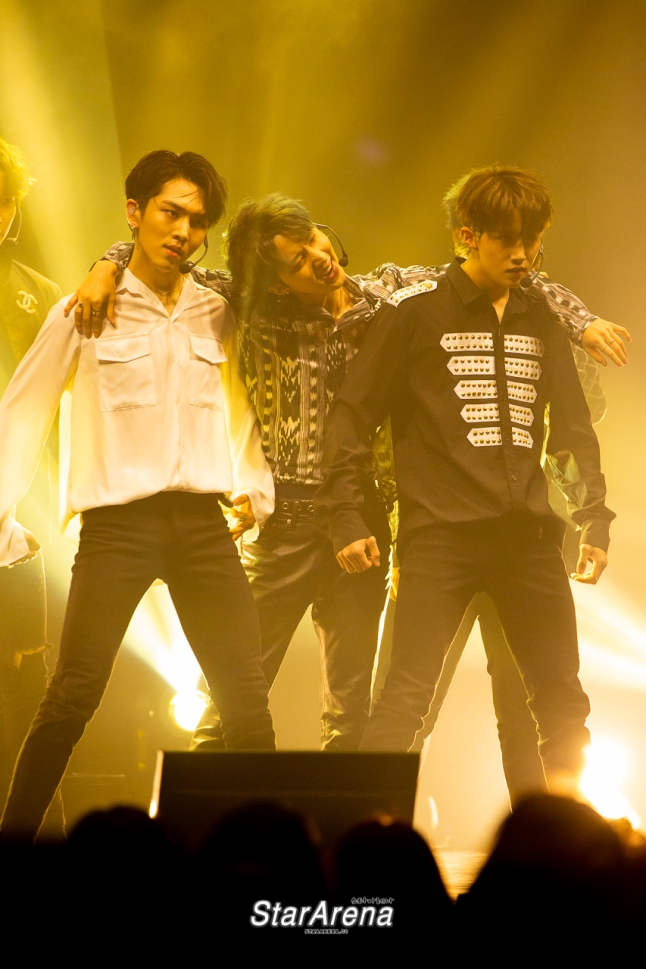 After a change of outfit, the group continued the show with more dance tracks such as Critical Beauty, Skateboard, and Can You Feel It before slowing it down with When It Rains At Night and Beautiful. They then brought out unit performances, rap line with Lost Paradise and vocal line with Till…
Bringing the mood back up, the group performed to Fantasystic, Pretty Pretty, and Spring Snow. Pentagon continued the show with dance tracks Naughty Boy and classic Shine before ending the night with Thumbs Up! and Spectacular.

Throughout the night, Pentagon showcased not only a wide range of performances but also how down to earth they are with their personalities. We hope Hong Seok keeps to his “Confirm plus chop!” on coming back to Singapore and will look forward to their next performance here.

A big shoutout to CK Star Entertainment for extending their invite to us. 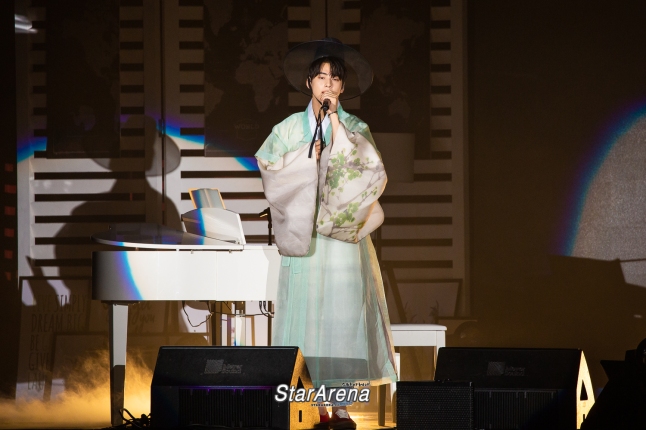 Kuala Lumpur, 2019 – Cha Eun Woo, idol singer and actor, completed the last stop of his fan meeting, <Just One 10 Minute>, in Malaysia, Kuala Lumpur on 26th October 2019 at Menera PRGM. The title <Just One 10 Minute> was originally used on live stream application Vlive as a platform to communicate and interact with his fans, Cha Eun Woo stated that he had never imagined that it would become the title for his fan meet.

ASTRO member, singer and actor charmed his fans during the 2 hour session, performing to multiple songs including his solo for Rookie Historian Goo Hae Ryung’s soundtrack Remember Me, Rainbow Falling from My ID Is Gangnam Beauty and cover songs including Love Yourself, You & Me as well as highlight cover for the night, Sampai Ke Hari Tua by Aizat Amdan. 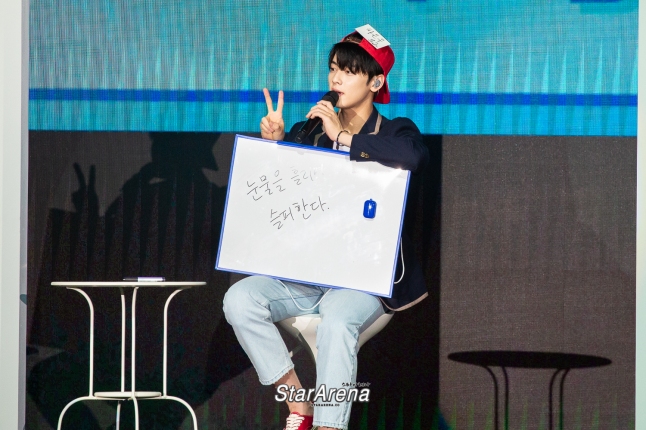 The fan meet also included lucky draw segments where Cha Eun Woo gave away items to fans. These items included an autographed polaroid, a cap that he wore during one of the segments as well as 3 fans that he made personally. He shared that summer in Korea was particularly warm this year and he relied heavily on fans when he was on filming sets and thus he thought of preparing fans for the fans.

As an ending ment, he also revealed that there will be good news AROHA-s to be busy with be it as Cha Eun-Woo or ASTRO as a group soon. So with that, we hope to see both Cha Eun Woo as well as his team ASTRO again in the near future!

We would also like to extend our thanks to Macpie Pro for extending the invite to us.

Malaysia, 2019 – Continue with MacpiePro (A subsidiary of Macpie Berhad) Crazy 20 plan, we are pleased to announce that Cha Eun-Woo will be coming to Malaysia for the first time ever. 2019 CHA EUN-WOO 1st Fan Meeting Tour [JUST ONE 10 MINUTE] In KUALA LUMPUR will be happening on October 27, 2019, 6pm at Dewan Wawasan, Menara PGRM. END_OF_DOCUMENT_TOKEN_TO_BE_REPLACED