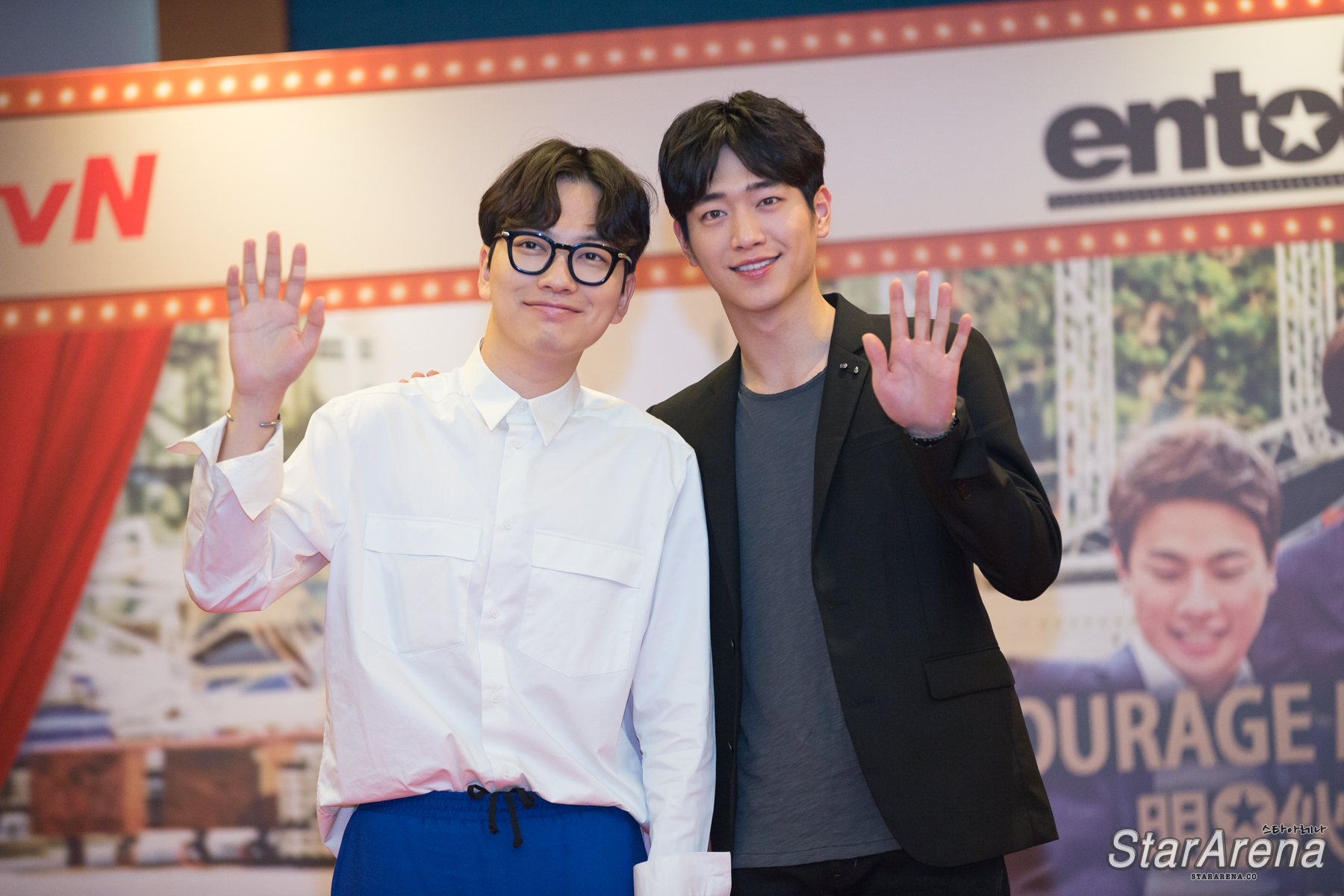 Entourage is a drama filled with amazing casts, starring Seo Kang Jun, Lee Dong Hwi, Lee Kwang Soo, Cho Jin Woong and Park Jung Min. It is a comedy-drama about life in the entertainment industry based on the American drama series of the same name. The drama received a lot of hype for its ensemble cast. Lee Dong Hwi acts as the childhood friend of Seo Kang Jun, who is a rising superstar that is gaining a lot of fame in the entertainment world.

When asked to describe the experience filming for the drama, Seo Kang Jun smiled and shared that, “I was really happy filming this drama. It doesn’t feel like work but more of just hanging out with my friends.”. Lee Dong Hwi also agreed and added, “I may not encounter a drama like this in the future, so I really had a lot of fun!” 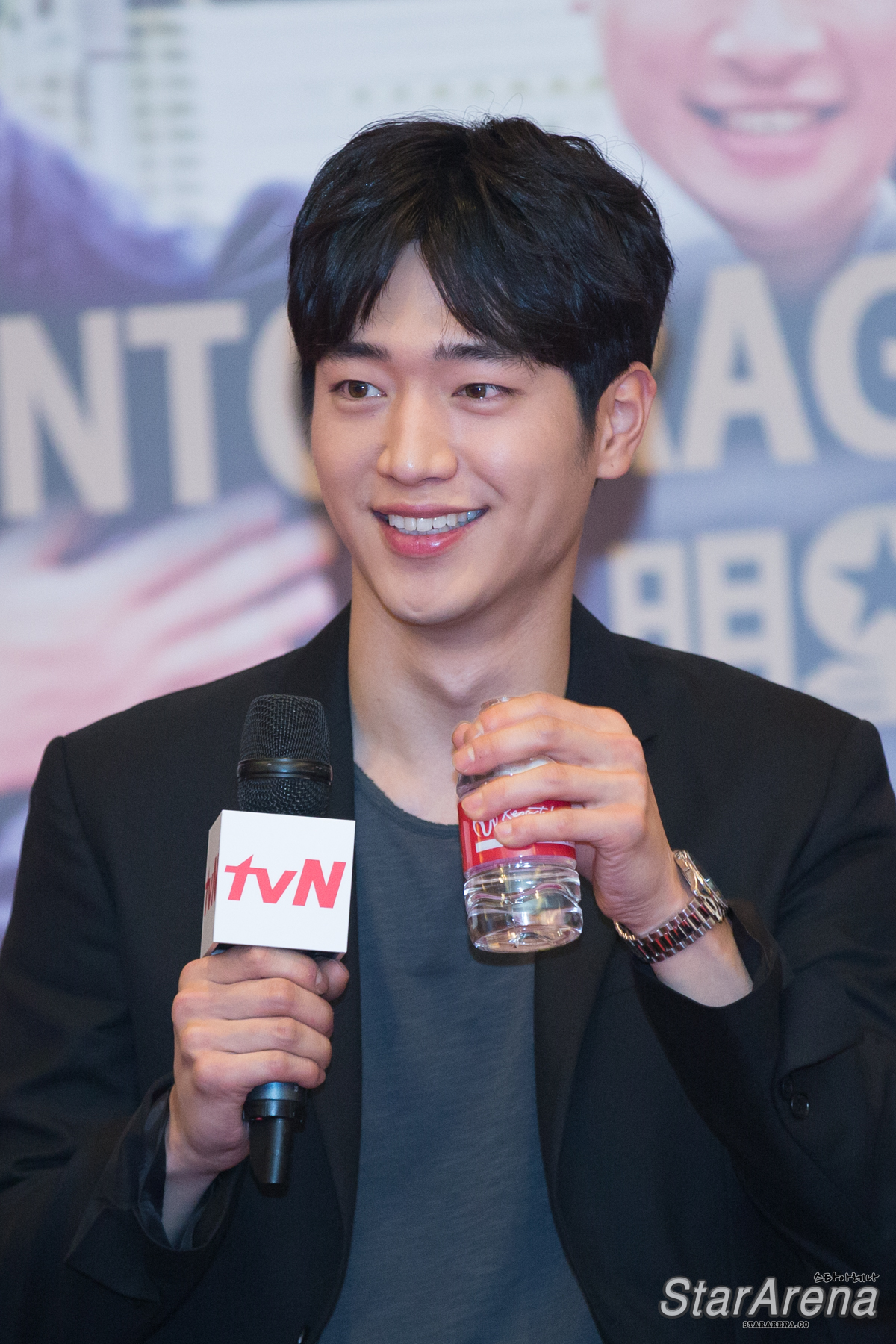 Fellow cast member, Lee Kwang Soo, is well-known in being really funny in real life and even has a title of “variety god”. Hence it is no surprise that Seo Kang Joon and Lee Dong Hwi’s most memorable experience from filming the drama has something to do with him. “There was one time, Lee Kwang Soo actually punched a hamburger during filming. It was really very funny at that point of time and the whole cast laughed a lot.” he shared while laughing. Lee Dong Hwi also chuckled and added, “That was the most memorable scene for me too!”

The close friendship on-screen and off-screen between the casts is quite evident through the filming of the drama. Seo Kang Joon shared that they developed strong chemistry with each other through spending a lot of time together even after filming has ended. He shared, “After filming, we would always go to the beach and play games. We also frequently have drinks together and even though the filming is over, we still meet up to watch the broadcast together.”

Lee Dong Hwi also added that they are all very playful and like to play games with each other. Games are no fun if there are no punishments hence they would always have weird punishments for each other in each game. He recalled, “One of my punishment was to stand in the rain without an umbrella for 5 minutes and because of them, I had a cold afterward.” bringing lots of laughs from the fans. 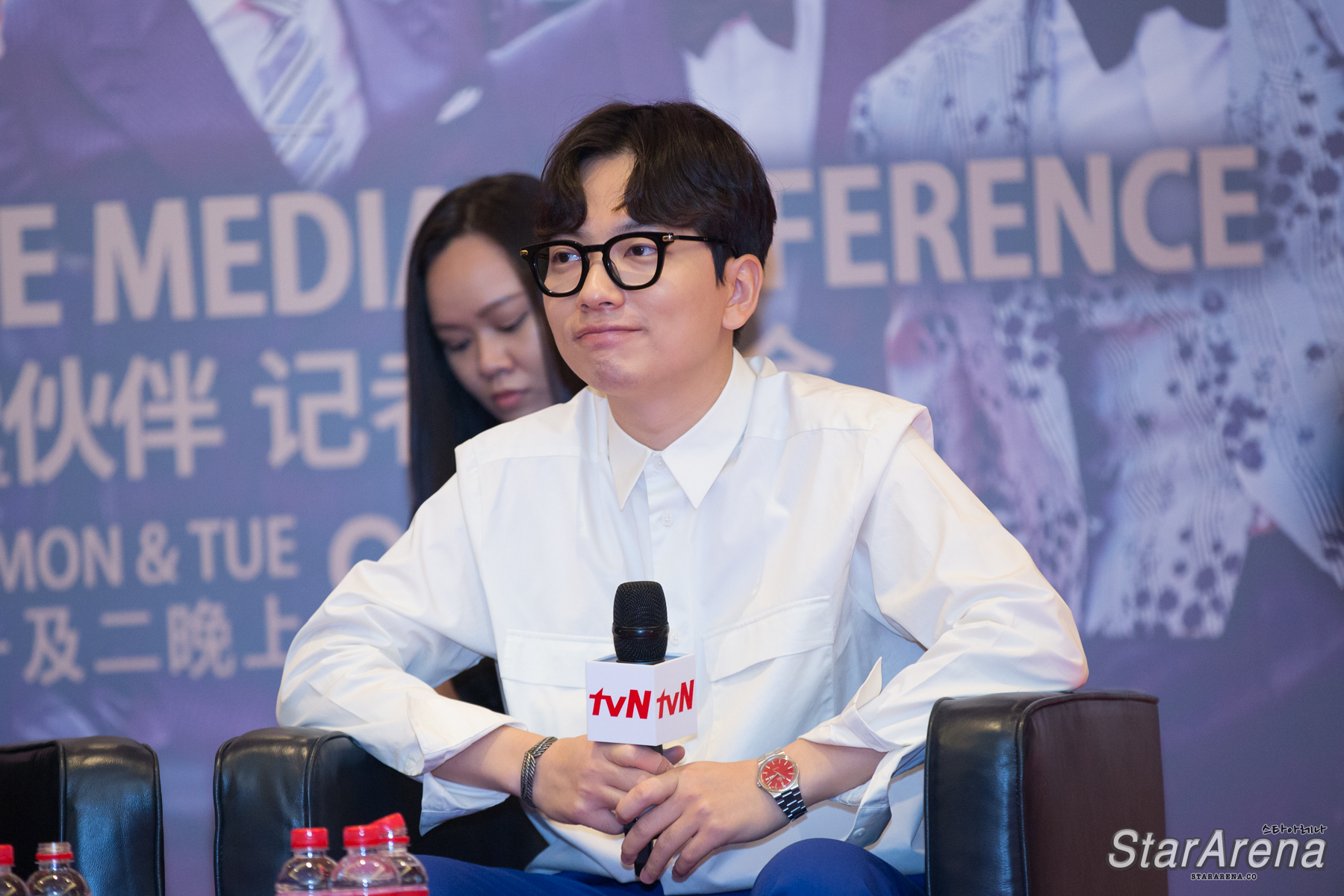 All actors would always face challenges when filming a new drama. Lee Dong Hwi shared that one of the main challenges he faced filming Entourage, is to portray his close friendship with Seo Kang Joon well to the audience. Seo Kang Joon also shared that he felt burdened to make the drama as interesting as the US tv series.

Their amazing acting makes it tough to believe that Seo Kang Jun is not like his Entourage character, Cha Young Bin at all. He explained, “Our character is not similar at all. The only similarities I can think of is how he usually try his best to fit in with his friends. Besides that, we have nothing in common because I usually like to stay at home and play with my cat, while Young Bin always goes out to play.” Lee Dong Hwi also agrees that he has opposite characteristics with his Entourage character, Geo Book. “In the drama, I play someone that likes to play a lot and is very dependent on my friend. However, in real life, I am someone that is very independent and I usually spend my time at home playing PlayStation.”. It looks like the two actors share similar hobbies – which is to stay at home and play games.

To wrap up the media conference, both actors share why audiences should watch their drama, Entourage. Seo Kang Jun shared, “It is a drama that shows the happiness being in the entertainment industry. While filming the drama I got reminded a lot of my childhood friends as this drama focuses a lot on friendship.” Lee Dong Hwi also added, “It is a drama that shows how the 5 friends grew and matured in the entertainment industry.” They then ended the media conference by asking everyone to show support on their latest drama.