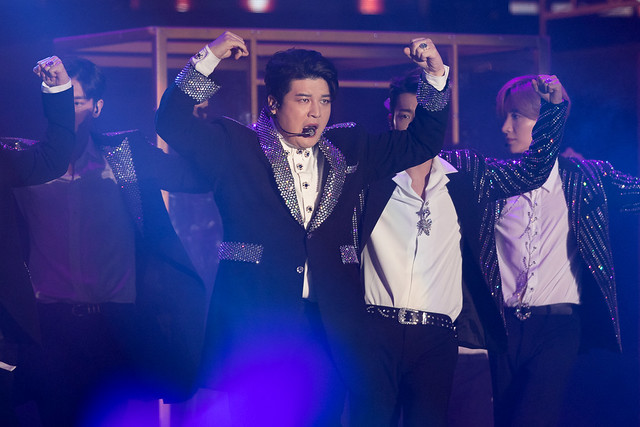 Hong Kong, 2018 –Super boyband Super Junior held their 7th world tour ‘Super Show 7’ in Hong Kong on the 10 of February at the AsiaWorld–Expo. Although only 7 of the members were present for the world tour this time round, it was still a full house concert! They started off the concert with their new album title track ‘Black Suit’. 7 members came out individually from 7 boxes, with light shining on them; their entrance is really impressive.Dressed in black suit, the 7 members performed hit songs like ‘Scene Stealer’, ‘ Mamacita’. During the ‘ment’ section, they greeted everyone in Cantonese! Dong Hae specially prepared a paragraph of Cantonese speech for Hong Kong ELF and even showed off his mandarin.
Siwon, who has been in Hong Kong previously for a film shoot mentioned that it has been a long time since he is here, shared that he misses Hong Kong a lot and greeted everyone with Cantonese as well. 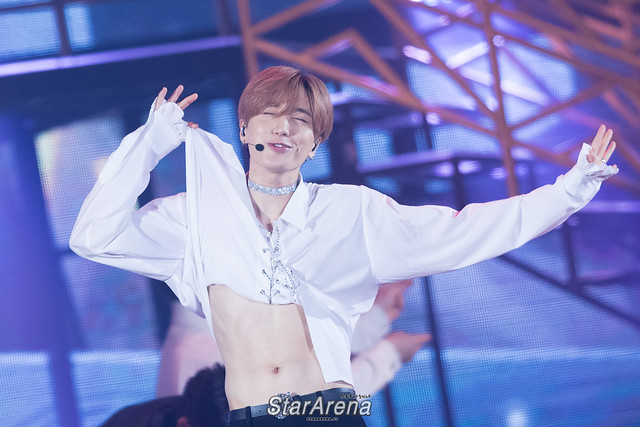 Super Junior Leader, Lee Teuk, came up with a name for the Hong Kong ELFs, ‘ Hong Kong Princess’ stating that Hong Kong ELFs are the most beautiful. Members added on saying that because ELFs from all around the world came to the Hong Kong concert as well hence all are beautiful! 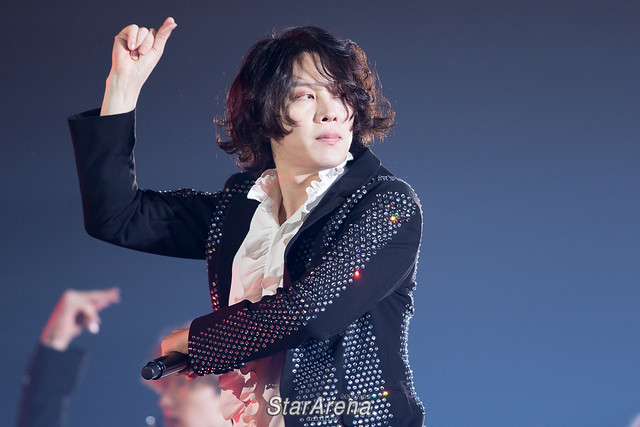 Hee-chul even said milk skin in Korean and elfs replied with ‘Milk complexion Kim Hee Chul, We love you Kim Hee Chul!’ You can definitely see the rapport between the artists and their fans! 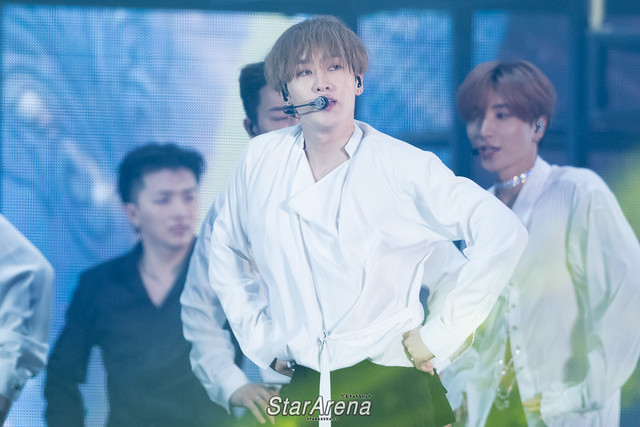 Next up was a dance solo by Eunhyuk, all members removed their black suit and dance to ‘Shirt’! During the concert, other than dressed in suit, there was masked dance, flowery dress code performance. As February 10 marks Si won’s birthday, members and all ELF sang a birthday song for Si Won, it is a really heartwarming picture to see at this concert!