Singapore, 2019 – BRANDNEW MUSIC’s newest boy group AB6IX embarked on their 1st Fanmeeting Tour [1ST ABNEW] last weekend! This is the first time AB6IX will officially greet Singapore ABNEWs! Before the fan meeting which was to happen later that night, the members of AB6IX held an open media conference to answer some burning questions the fans had.

The members of AB6IX, Lim Young Min, Jeon Woong, Kim Dong Hyun, Park Woo Jin and Lee Dae Hwi, greeted their fans for the very first time since they debut. They officially debuted on May 22, 2019 with their first mini album B:Complete.

All 5 members showed overwhelming adoration for their fans as they mentioned that their fans are in charge of the smiles of the group, reeling it a lot of AWW’s from their fans.

Since this is Woong’s first time in Singapore, the boys were asked what food they will recommend to Woong to try. Daehwi excitedly replied, “chili crab!”. They also recommended kaya toast and pandan cake, which are all Singapore’s famous delicacies.

When asked who is the cutest member of the group, all the members unanimously voted for Woong as he proved how cute he is by showing off his aegyo with the fans. It was definitely a treat to all the ABNEWs. 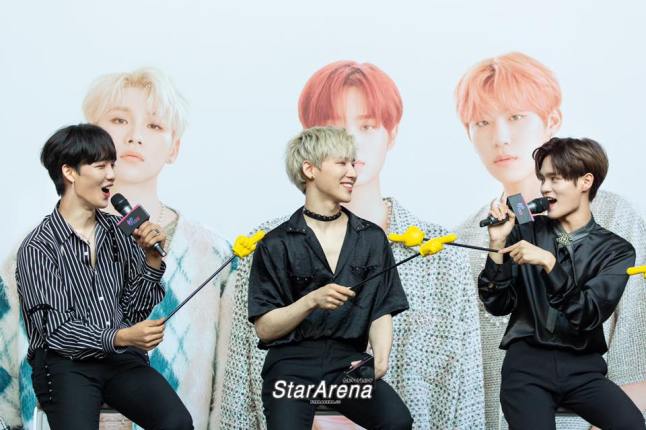 The members of AB6IX asked fans to look out for their chemistry on stage as well as their live performances during their official fan meeting which is happening later that night. They also asked fans to look forward to their sexy and cool stages.

The members were hilarious as they bickered with one another on stage. When asked who looks at the mirror the most, most members picked Youngmin. However, Daehwi also got a few votes, though, he got very defensive and exclaimed, “I never look at mirrors!” which brought a lot of laughs amongst the members as well as the fans. 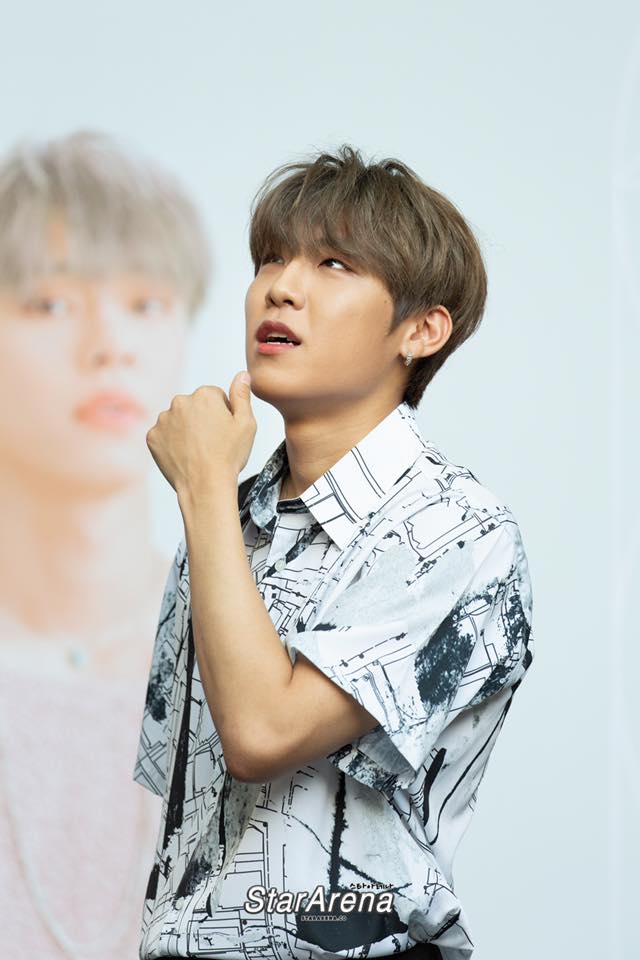 The open media conference was definitely an opportunity for the fans to see and interact with the boys. The AB6IX members were very entertaining as they joked around and showed off their close friendship with one another. They were also very sweet as they portrayed their never-ending love for their fans, ABNEWs.

Stay tuned for our coverage of AB6IX first fan meeting in Singapore!

For more photos of AB6IX at the press conference, click here.