Super Junior K.R.Y., formed by Super Junior members, Kyuhyun, Yesung and Ryeowook, have recently announced their Asia Tour concert plans and they will be having their Hong Kong concert on 26th December 2015. This timely date will also mean that Hong Kong fans will be able to spend Christmas with 3 of them.

The group’s name ‘Super Junior K.R.Y.’ is made up of the first letter of Kyuhyun’s, Ryeowook’s and Yesung’s name. All these years, these 3 members of Super Junior have exhibited their flawless singing abilities through Super Junior’s activities, solo albums and various OST songs. At this Hong Kong concert, fans will be able to experience K.R.Y.’s unique charms, their amazing harmony and witness their live singing.

Super Junior K.R.Y. started their Japan Tour in June 2015 and had their Seoul concert in August 2015. In these concerts, they received great attention and they sang songs that moved countless of Kpop fans. They will then proceed to perform at various Asia countries, including Hong Kong. 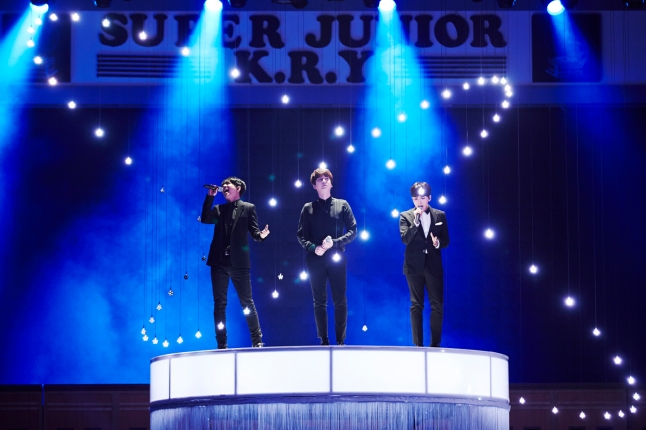 To Super Junior K.R.Y., Hong Kong is a familiar country as the food and enthusiastic Hong Kong fans left a deep impression on the members. At this upcoming Hong Kong concert, K.R.Y. members hope that other than spending a memorable Christmas with Hong Kong fans, they would be able to give them a special Christmas present.