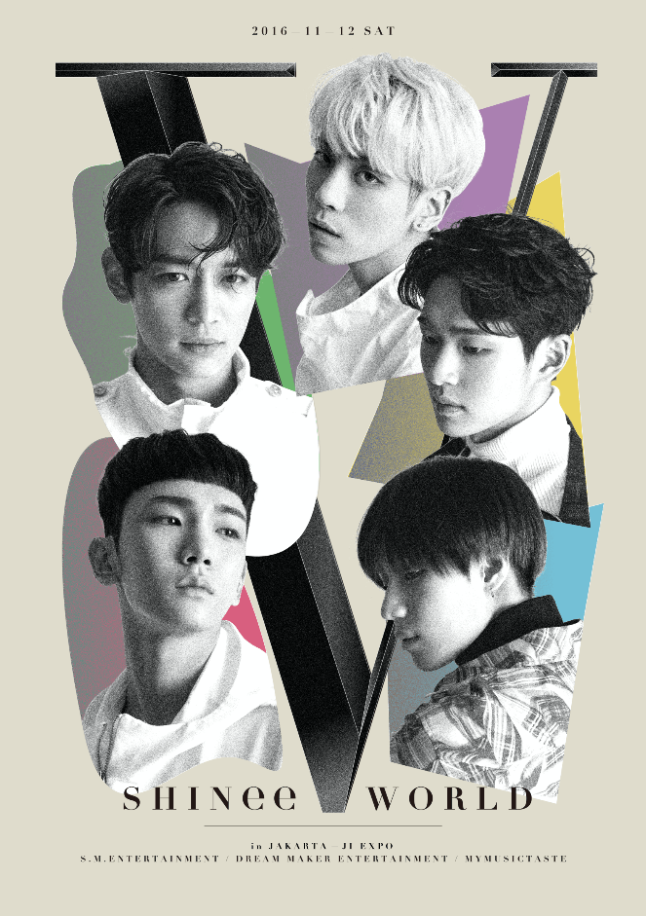 Jakarta, 2016 – The most awaited SHINee World V Concert will be coming to Jakarta! The concert which started at the Olympic Gymnastic Arena Seoul Olympic Stadium earlier this year will be held at JI Expo Arena Jakarta on 12 November 2016, starting at 6.15PM.

Indonesia is the first stop for SHINee World V, as Minho said on their greeting video. All five members of SHINee (Onew, Jonghyun, Key, Minho and Taemin) will come to Jakarta. SHINee World V Jakarta organized by MyMusicTaste

Ticket sales will begin on Monday, 24 October at 12PM Indonesia time on loket.com.

If you have participated and requested the SHINee x Jakarta campaign on MyMusicTaste, you should have received a promo code on your MMT registered email and phone number. Enter your promo code to buy your well deserved ticket at a 15% discount!
If you are not a MyMusicTaste member yet, join us and request your favorite artist’s concert on mymusictaste.com. You too can have access to special perks such as discounts when your dream concert becomes a reality!