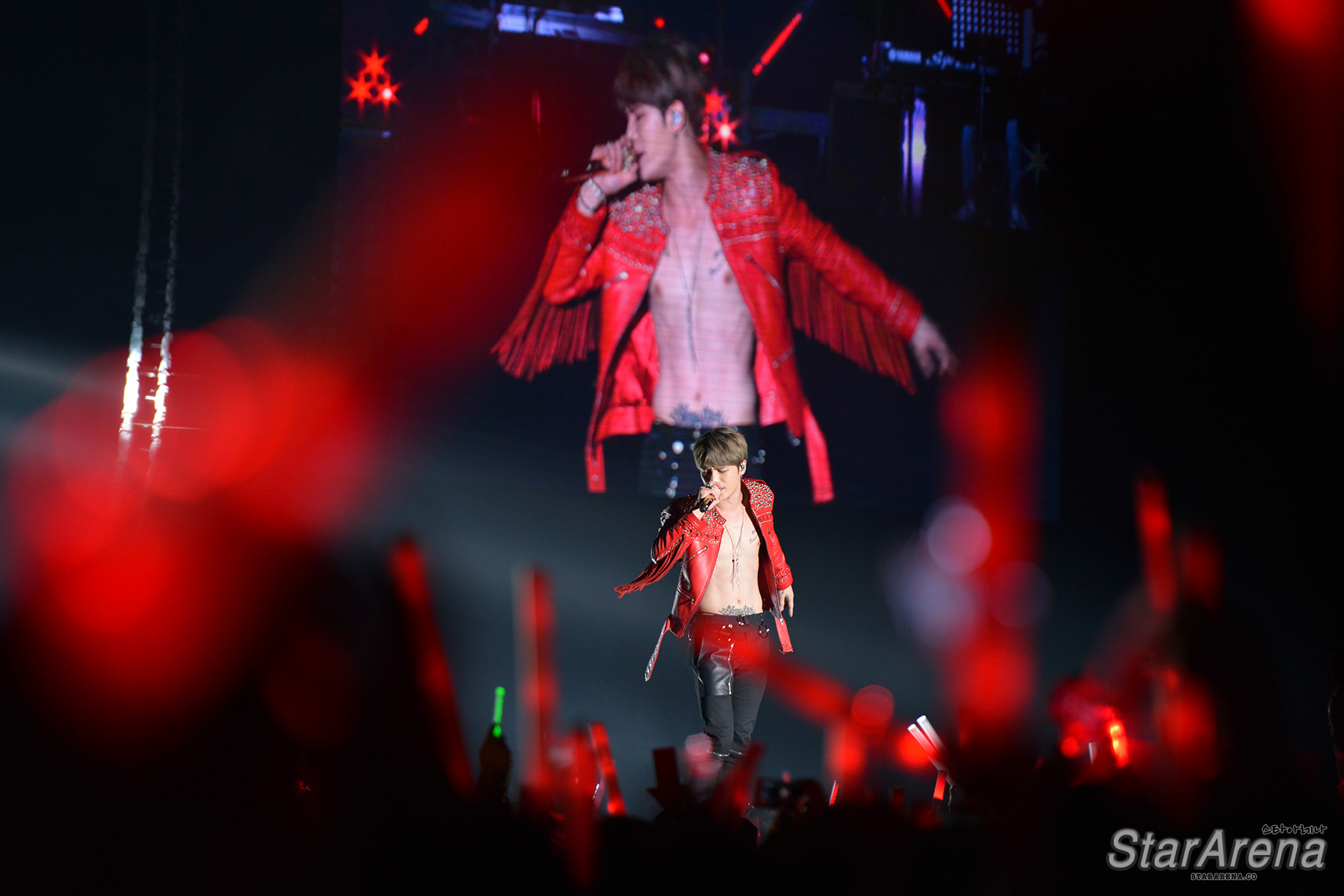 Hong Kong, 2017 – Kim Jae Joong held his first concert in Hong Kong on 11th of Match at AsiaWorld-Expo after being discharged from national service. He started off the concert with ‘One Kiss’. He then greeted the fans with Cantonese, stating that he clearly remembers that it had been 2 years 7 months since he stepped into Hong Kong. Jae Joong took out a few costumes for fans to pick and chose the one which had the loudest cheer; the red suit. Fans erupted into loud cheers and screams when he changed into them right on stage, giving the ultimate fan service to the crowd present. He even used Cantonese to ask if everyone was enjoying themselves and humbly said that Cantonese is really difficult to pick up. 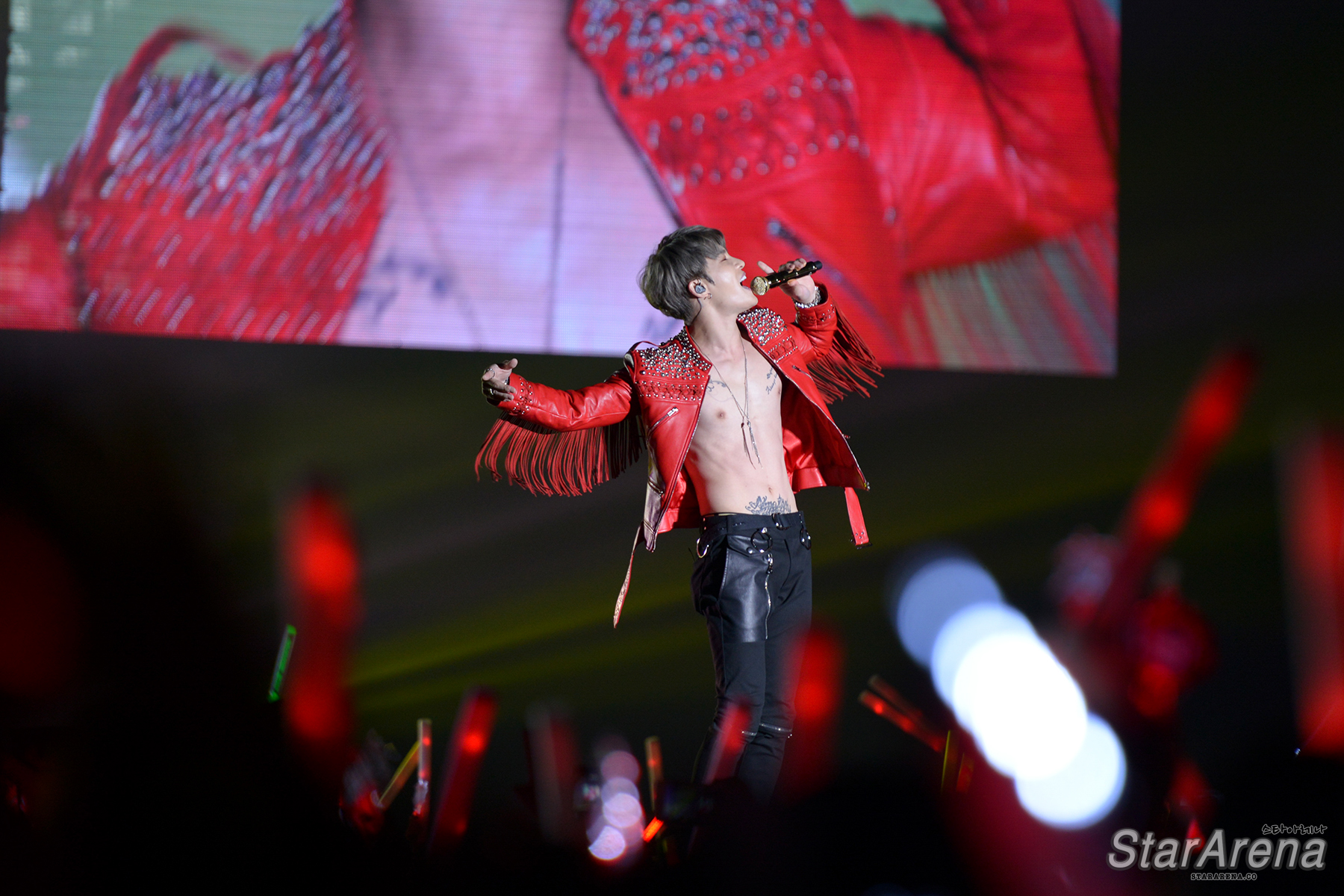 Jae Joong mentioned that even though it was his 12th performance after his discharge from National Service, every time he sees the VCR of him in army, he would be extremely touched and grateful that his fans are still waiting for him. Jae Joong mentioned that he wishs to understand every different countries’ culture and he regrets that was not able to travel around Hong Kong this time but he managed to try the delicacy so it was still a good experience.

The more delightful thing is that he realized there was quite a number of male fans present at the concert!

After the performance of ‘Blame’ , an interview of Jae Joong was being played. He shared his thoughts on being discharged and that he was really good at shooting and was the best in his unit! He is really grateful and thanked his fans for always supporting him. He wishes to meet overseas fans too and the first thing on his mind was to have concerts!

‘You’ve worked hard’ in Cantonese was what Jae Joong told the fans when he saw a lot of the fans turning up with special attires for the ‘Dress Code’ segment. Fans came dress in night gowns, traditional Chinese Qipao, lion headgear, elephant mask and even as a telephone booth! 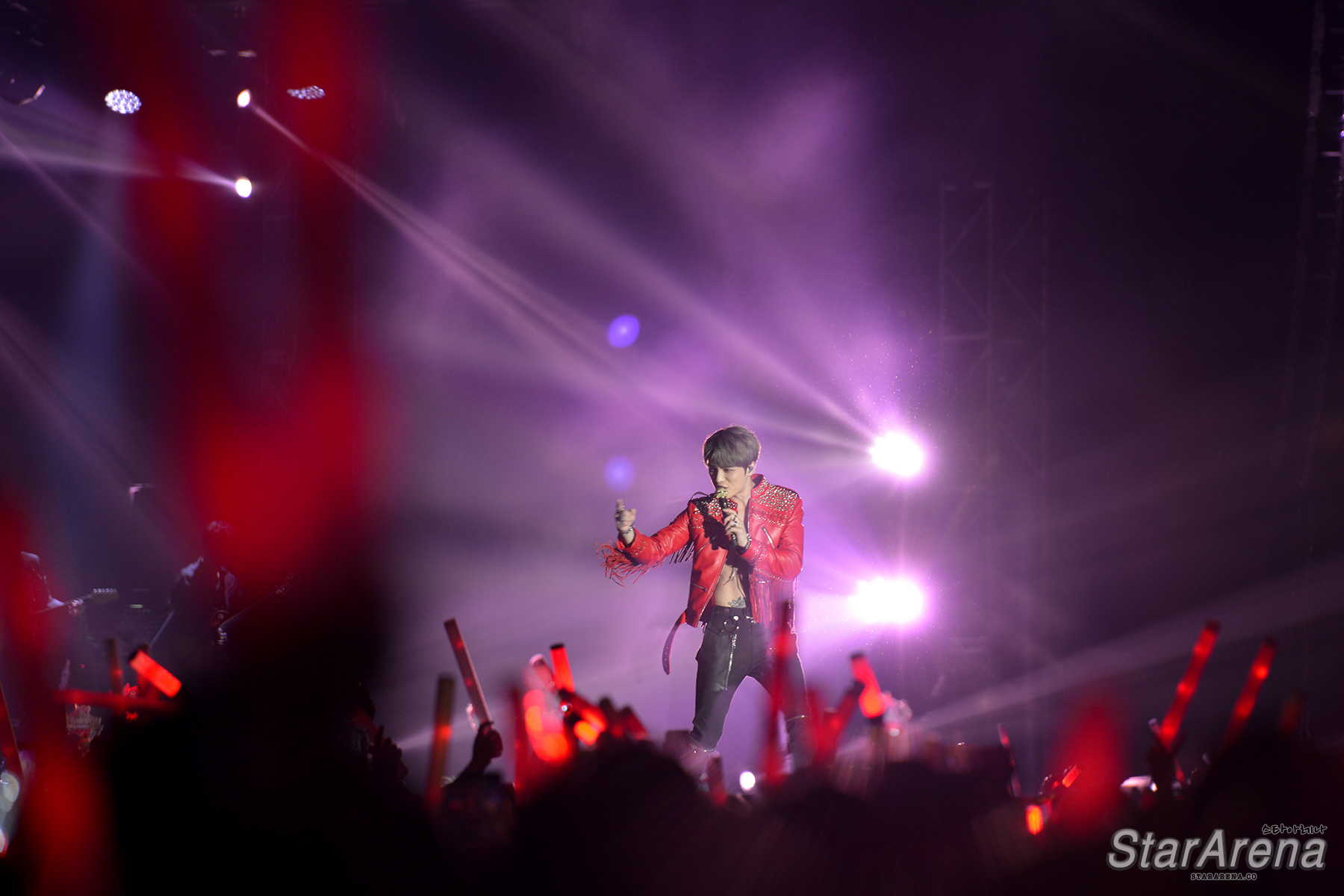 Jae Joong also changed into a cow boy attire during ‘Welcome To my Wild World’ to match the fans’ dressing! The song he really cannot wait to sing is ‘Good Morning Night’ as mentioned previously during the press conference. The song is indeed great and he really put in a lot of effort to interact with the fans. He even added Cantonese sentences like ‘Is everyone having a good time? I love you guys!’ creating roaring screams and cheers from the crowd.

Fans were sad that it was going to be Encore after ‘Mine’. Jae Joong reminded fans not to forget tonight and although it’s sad but there should still be farewell because then there will be a next time. He was also afraid to end the concert late because it might be not convenient to return then. Quite a number of fans teared after hearing those words. ‘I’ll Protect You’ being the last song, lyrics in Chinese was displayed and a sing-a-long with fans holding up banners marked the end of the concert.

For more photos of Kim Jae Joong at this event, kindly visit our Facebook and Flickr pages.