Singapore, 2017 – On July 14, the girls of EXID – Hani, LE, Hyelin and Jeonghwa met up with the media for an exclusive press conference held at Kallang Theatre to talk more about their EXID Asia Tour 2017 in Singapore. EXID shares some cooking tips, the member they would want to create a subunit with and their hopes for 2017.

EXID was very bright and cheerful throughout the whole press conference as they answered the questions directed at them with lots of laughs. Having debut for more than 5 years now, they have promoted a variety of genres. When asked what other concepts they would like to try next, all of them mentioned “girly concept!”. Hani explains, “I feel like the other members of the group would look nice in a girly concept so I would like to see us in that concept.”

The year 2017 is a year that EXID wished to fulfill one of their biggest goals – which is to meet as many fans all over the world as possible. “I feel that we have achieved this goal as we have met with so many fans from different countries!” Hani adds on. LE also mentioned that it is their first time in Singapore and she is really excited for the concert happening later on that day.

This year has definitely been a memorable year for EXID as not only do they get to meet their fans at their own Asia Tour, their album also debuted at Number four on the Billboard World Album charts. Hyelin said, “I really couldn’t believe it. We were really thankful for all the fans that gave us so much love. It made us want to work harder and be a better group.”.

Referencing to their latest song, “Night and Day”, the members share that LE and Hani prefer the day while the maknae line, Hyelin, and Jeonghwa prefers the night. LE and Hani explained that during the day, they usually make sure they expose themselves to the sunlight to get some Vitamin D.

Each member has tried their hand at a variety of variety/reality shows. If they could pick one show for each member, they would pick Running Man for Jeonghwa as she runs very fast and a children’s program for LE as she really loves kids. 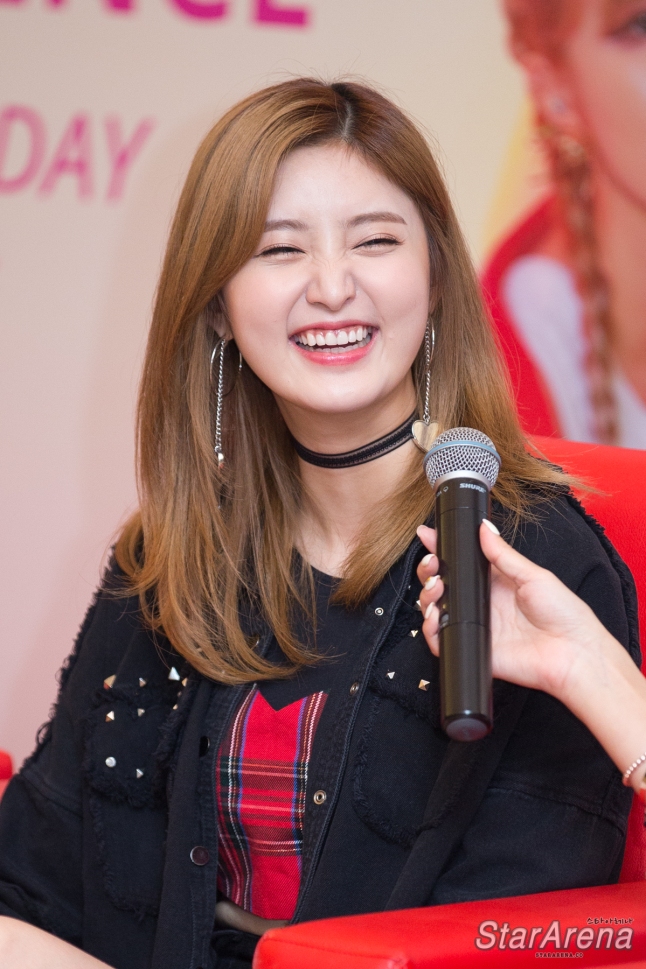 EXID is also fondly well known by their fans as a group that loves to eat! Hence it is no surprise that the members are very good cooks. Hani hilariously shares with the media one important cooking tip – “When you fry a chicken, it is important to fold its wings so it would not get burned!”. Even though Hani boasts good cooking skills, the rest of the members seem to disagree and unanimously voted Hyelin as the best cook in the group. 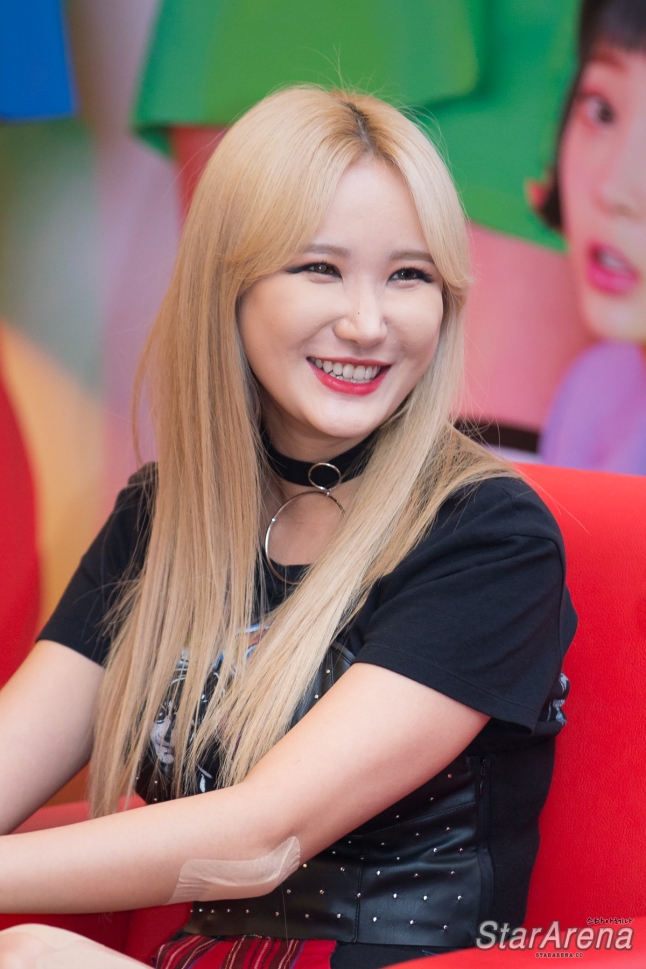 The girls of EXID shares that they have always looked up to Shinhwa. “Shinhwa is a group that has stayed together for a very long time. We want to be that kind of group.” Hani shared. They also shared that it is their dream to hold their very own concert and be a group that inspires lots of people out there.

This is the first time that the girls of EXID came to Singapore at their very own EXID Asia Tour live in Singapore. We hope that this will not be the last time that we see EXID in Singapore again – hopefully the next time, they would come full strengthed together with Solji!