Peer into the near future and explore the conflict between humans and technology in Korean Sci-fi series SF8.  From cracking the code of moral dilemma in The Prayer to discovering the pitfall of artificial intelligence in Manxin, get ready to join the star-studded cast in tackling the themes of augmented and virtual reality, robots, games, and more!

Here are 5 stars whose performances are bound to steal the show in SF8!

SF8 is now available on Viu, with a new episode available every Sat!

END_OF_DOCUMENT_TOKEN_TO_BE_REPLACED

Singapore, 2018 – Come September, K-pop fans in the region can look forward to the event of the year – ​HallyuPopFest ​2018​, the biggest K-pop music festival of its scale organised in Southeast Asia. Held at the Singapore Indoor Stadium from 7 to 9 September, Friday to Sunday, the music extravaganza will welcome over 100 K-pop Idols. Fans can keep their eyes peeled for a line-up of exciting performances from Wanna One, Taeyeon, BTOB, Apink, MOMOLAND, NCT 127 and many more. The three-day K-pop festival will be hosted by Korean-American Singer-Songwriter, Eric Nam. END_OF_DOCUMENT_TOKEN_TO_BE_REPLACED

Singapore, 2018 – CALLING ALL K-POP FANS! Save the dates for #HallyuPopFest on your calendar right now – the ONLY music festival you’d want to attend this year, with over 100 K-pop idols performing in Singapore!

END_OF_DOCUMENT_TOKEN_TO_BE_REPLACED

Singapore, 2017 – On July 14, the girls of EXID – Hani, LE, Hyelin and Jeonghwa met up with the media for an exclusive press conference held at Kallang Theatre to talk more about their EXID Asia Tour 2017 in Singapore. EXID shares some cooking tips, the member they would want to create a subunit with and their hopes for 2017.

END_OF_DOCUMENT_TOKEN_TO_BE_REPLACED

Hong Kong, 2017 – South Korean girl group EXID has announced that they will be heading to Hong Kong on 17th June and this will be their very first stop of their asia tour. In addition, the 4 members will be meeting fans and media on 16th June at a public press conference at Citywalk.  END_OF_DOCUMENT_TOKEN_TO_BE_REPLACED

Hong Kong, 2017 – EXID will be bringing their Asia Tour to Hong Kong and this will be their very first visit to Hong Kong ever since their debut! Organised by Mei Ah Entertainment Productions and AEG, ‘EXID Asia Tour in Hong Kong 2017’ will be held on 17th June (Saturday), 7.30pm at KITEC Star hall.  END_OF_DOCUMENT_TOKEN_TO_BE_REPLACED 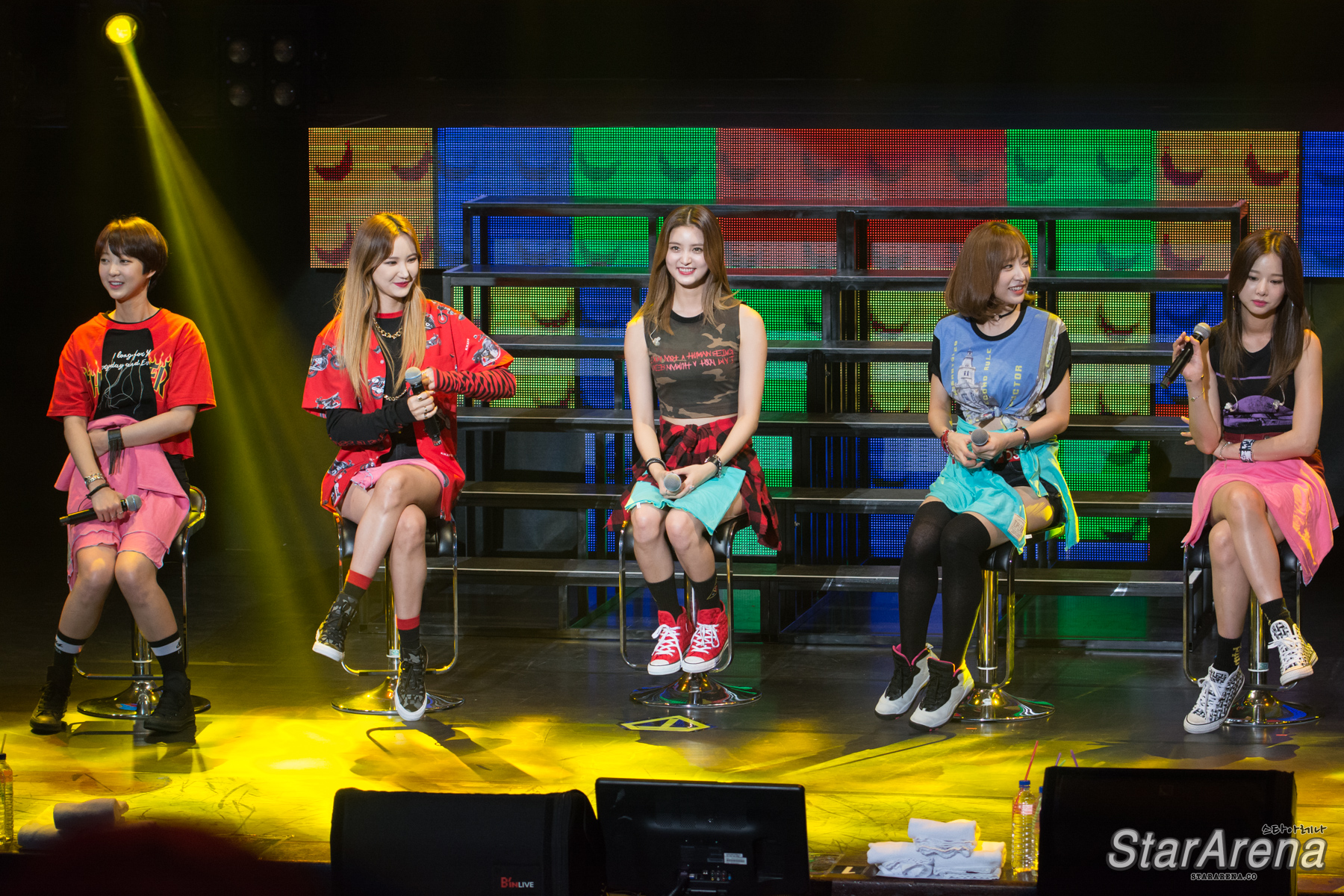 Taiwan, 2016 – On 25th September 2016,  Korean girl group EXID, arrived in taiwan for a fan meet ‘EXID 2016 LEGGO WORLD in Taiwan’ at Taipei International Convention Center. EXID, consisting of Solji, LE, Hani, Hyelin and Junghwa, arrived in Taiwan on the day itself and were surprised by the numerous welcoming fans at the airport awaiting their arrival. END_OF_DOCUMENT_TOKEN_TO_BE_REPLACED

South Korea – ‘SGC Super Live 9th Fashion Show and Concert’, organised by Seoul Girls Collection, was held successfully on 6th September 2015 at Ilsan KINTEX. This fashion show and concert, which lasted for approximately 3.5 hours attracted a large crowd and attention from fans and media. It included showcases of numerous collections and also performances of artistes such as GOT7, Wonder Girls, EXID, G-Friend, Monsta X, Pocket Girls and Kye Bum Zu.

There was also live streaming of the fashion show and concert, provided for many overseas viewers who were unable to attend this event in person.

Not long ago, Seoul Girls Collection, has also announced ‘SGC Super Live’ World Tour in Manila, Bangkok and Singapore respectively. If you live in these countries, or is interested in going for any of these upcoming events, do stay tuned to their Facebook for more updates and details!

For more photos, do visit https://www.flickr.com/photos/stararena/albums.

We would like to thank Seoul Girls Collection for the invitation to this event.