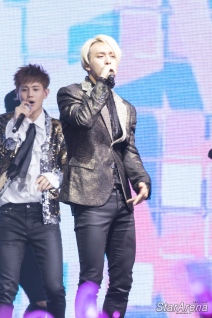 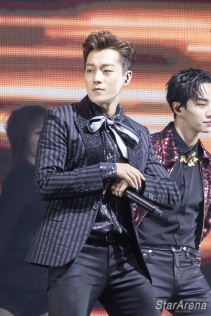 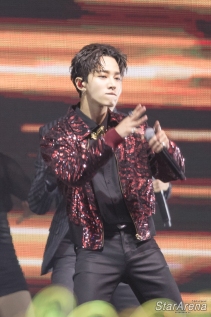 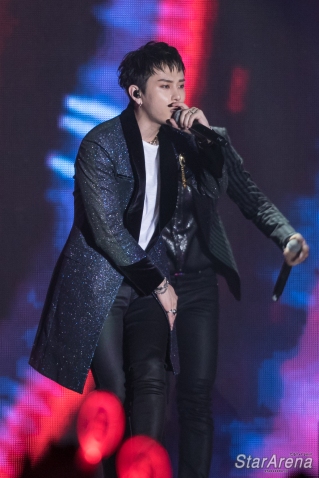 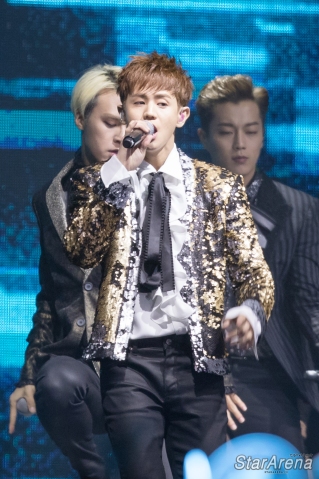 Hong Kong, 2017 – On 29th July, Highlight, a South Korean boy group consisting of Yoon Doo-joon, Yong Jun-hyung, Yang Yo-seob, Lee Gi-kwang, and Son Dong-woon, held their ‘Can you feel it’ Tour in Hong Kong at Asia World Expo. Even before the commencement of the concert, fans are already hyped up and singing along to ‘Plz don’t be sad’ which was playing in the hall. After which, Highlight then started the concert with ‘Can you feel it’ and ‘Plz don’t be sad’.

Following was the greeting segment where Highlight introduced themselves and greeted the crowd. They commented that it has been a while since they stepped foot in Hong Kong as the previous time was during ‘Beautiful Show’ in 2015.

They then continued the concert with ‘Lightmoon’ and ‘When I’. During the talk segment, they also mentioned that they wish to see more of grey-coloured lightsticks as that is the colour that represents Highlight.

After performing ‘Danger’ and ‘Gotta go to work’, the members changed into white suits and continued with ‘Calling You’, ‘YeY’ and ‘Stay’. Highlight then told the crowd that during the selection of songs for this concert tour, they chose songs that are cheerful and happy. To which, they then announced that they will be performing ‘Beautiful’ for the beautiful fans.

During the concert, there were fans who requested for Junhyung to act cute and it eventually led to every member acting cute for the fans.

Highlight then performed ‘Midnight’, ‘Shadow’ and ‘Fiction’. Doojoon mentioned that Hong Kong stop is their very first overseas concert and is a very precious and important show for them. Dongwoon also added that Highlight will continue to work hard and will be back Hong Kong very soon to meet everybody again.

Highlight then performed ‘Shock’, ‘Good luck’, ‘Beautiful night’ and ‘Encore’. During ‘Freeze’, Yoseob showcased his high note at the end of the song. The concert then came to a happy end with ‘Plz don’t be sad’.