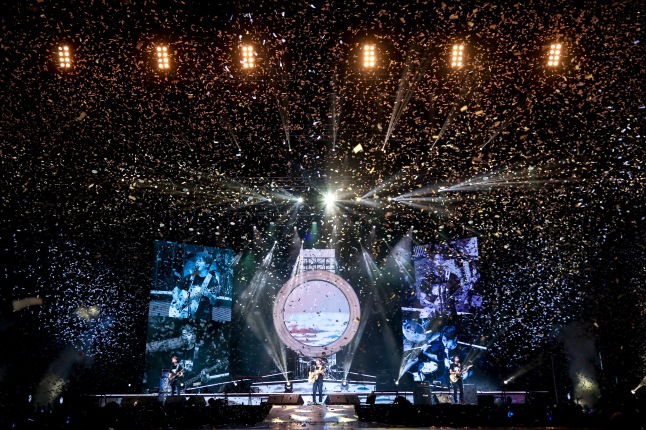 Hong Kong, 2017 – Popular band CNBLUE held their two-day concert in Hong Kong on the 19 and 20 August for their ongoing tour ‘Between Us’.
The concert started out with their hit songs; ‘Radio’, followed by ‘When I was Young’, ‘Domino’ and ‘I’m Sorry’, bringing loud cheers and setting the mood for the concert.  There was no translator for the concert as CNBLUE interacted with Boice using English and Mandarin. They praised the fans stating that they are really great! ‘You guys are great; we did the concerts in Hong Kong 10 times! Thank you very much, I love Hong Kong, really love you’. Other than lead singer Yong Hwa, the other members also nodded and praised Boice repeatedly, displaying their affection for Boice.

Next on the list is several other hits that everyone is familiar with, ‘Can’t Stop’, ‘Love Girl’, ‘Sweet Holiday’, ‘Love’ and ‘Lie’. Almost every fan in the concert hall sang along when it is time for ‘Blind Love’. Following the end of the songs, CNBLUE mentioned in Cantonese, ‘We are so happy’ in return to the fans for their great sing-a-long during ‘Blind Love’. With a louder volume and in an elated voice, they said ‘You guys are amazing’, and encourage fans to scream with them with the count of 1, 2 3. CNBLUE then continued the concert with ‘You’re so fine’. It was a heartwarming sight to see as even before the intro of the song, everyone started to sing along, which goes ‘Oh Baby, love is you~’.

During ‘Wake up’, Yong Hwa mentioned that the fans are even better than him. When CNBLUE goes ‘Wake’, the fans would go ‘Up’ showing their great rapport with one another. Yong Hwa even went to unbutton Jung Shin’s shirt, causing screams to erupt from the crowd.

CNBLUE mentioned ‘Time is passing really fast’ in Cantonese and ‘We are happy that you guys are having fun, but we don’t have many songs left. We still have time to party more and more songs. Are you ready? There are more songs coming up so keep singing, dancing and jumping okay?’ in English. Showing how versatile this group is in terms of their language capabilities.

During ‘Coffee Shop’, Yong Hwa even played the guitar by just standing on one leg and twirling around.

Boice also joined CNBLUE in singing ‘Between us’ as well! 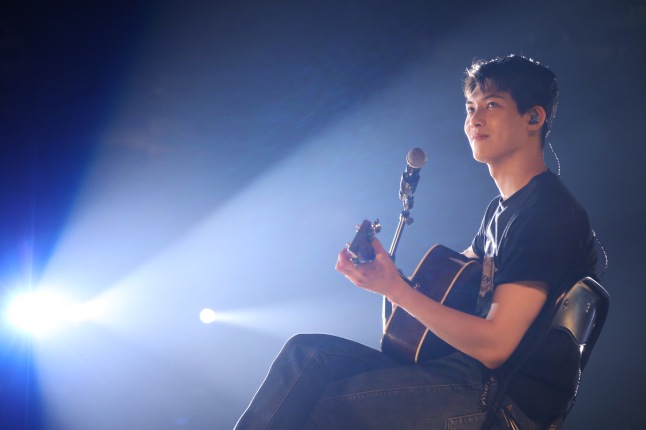 During Encore, CNBLUE told Boice , ‘Catch me now!’ They then continued the concert with ‘Catch me’, ‘Manito’ and ‘Young forever’. Lee Jong Hyun even went onto his Instagram and activated his instalive during the performance and brings out a bucket of water and splashes it onto the crowd!
Encore was performed at the extended stage. Min Hyuk, the drummer of the group and Jung Shin, the bassist, who doesn’t usually have their solo part in the most songs, sang during ‘Manito’. It was truly a great surprise for the fans!

‘Isnt she lovely’ was the last song of the concert. They prepared the song for a big sing-along and even had a group photo taken with the fans. Leaving great memory for the fans and to mark the end of the concert.