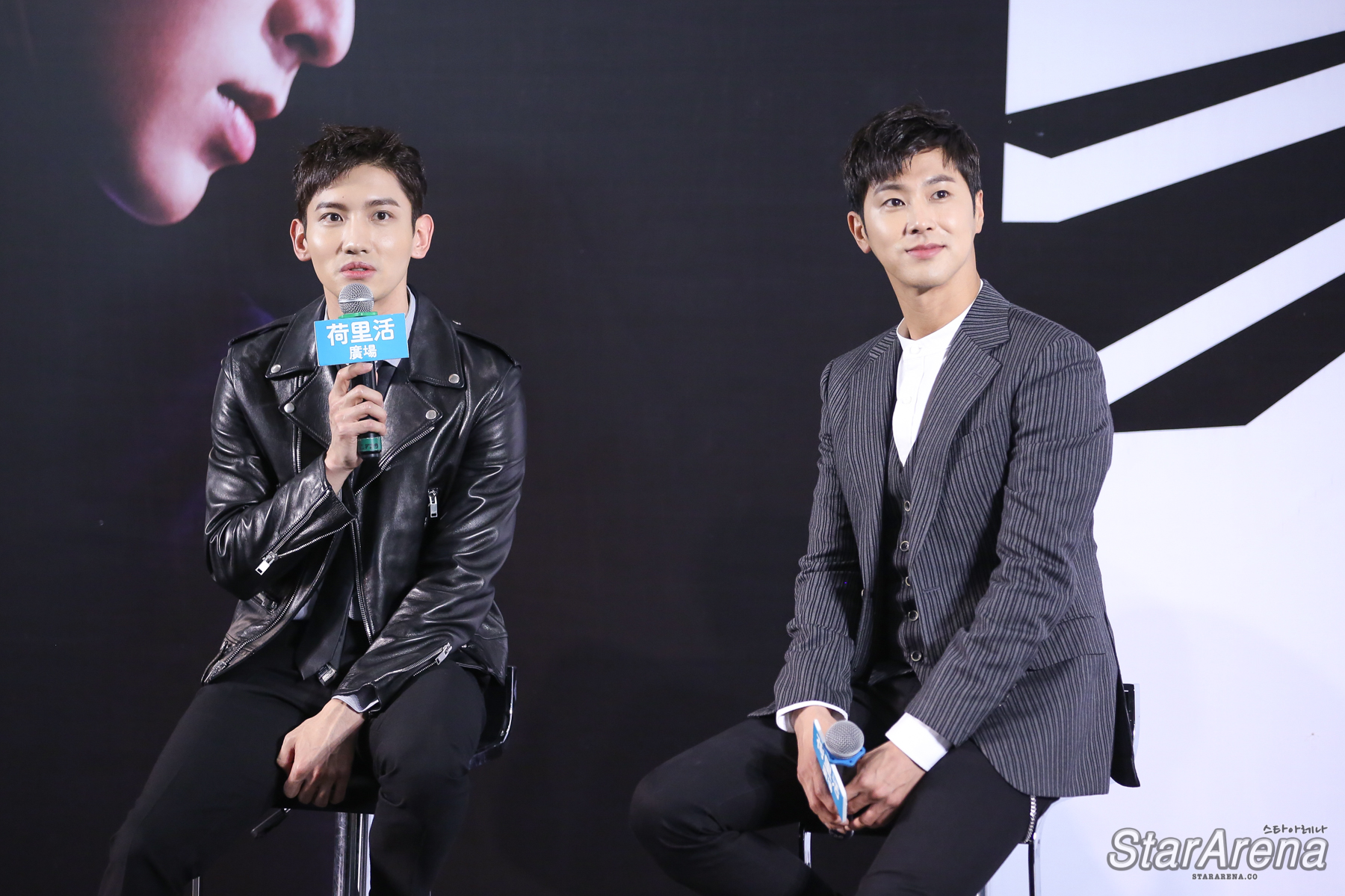 Hong Kong, 2017– There is no stopping Korean boy group TVXQ from promoting their comeback even when there’s typhoon in Hong Kong. They were really excited and have been waiting at the venue even before the start of the press conference held at Plaza Hollywood.

Before seeing them in person, the fans and reporters were greeted by their lovely voice. Before the start of the press conference, fans and reporters were welcomed by their MV, ‘Put your heads down’ and ‘Catch me’. Fans of TVXQ even did their fanchant on the spot! The venue was packed with fans from all over the world who flew to Hong Kong just to catch a glimpse of their favorite artistes who have not made their comeback in 2 years and not visited Hong Kong in the past 4 years! 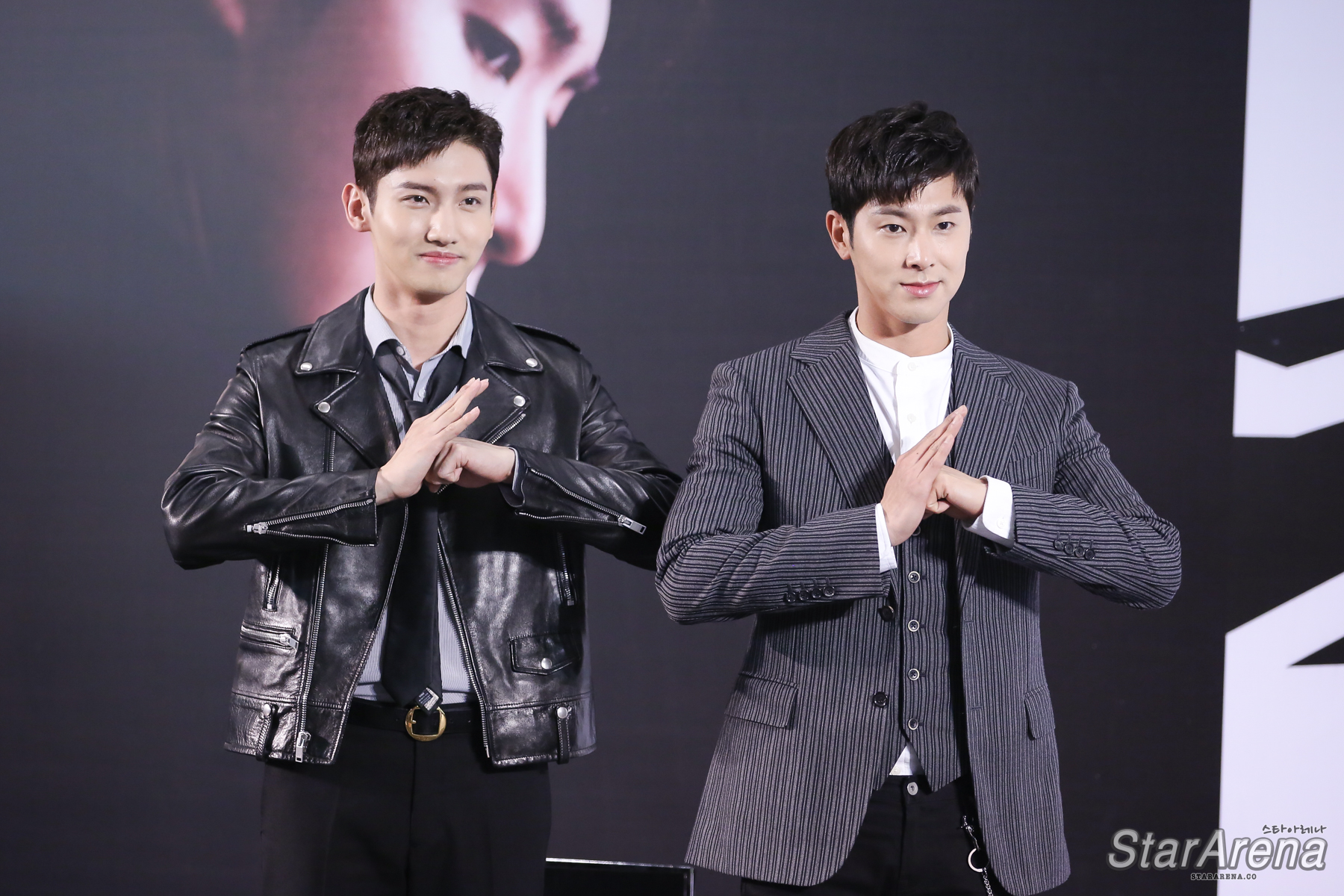 A photo session was held at the beginning of the press conference and both Yunho and Changmin did the traditional Chinese way of greeting by clasping two fists together. In fluent Cantonese, both of them greeted the fans, praising the fans for being really beautiful, and that they really missed them.

TVXQ whom held their press conference for their comeback previously on the 21st in both Seoul and Tokyo states that they are very nervous as it has been a while since they came to Hong Kong and from the warm welcome they received at the Hong Kong International airport, they decided to do even better! Hong Kong is the last stop of their press conference for their comeback, there were really grateful to the fans and all the media who came. 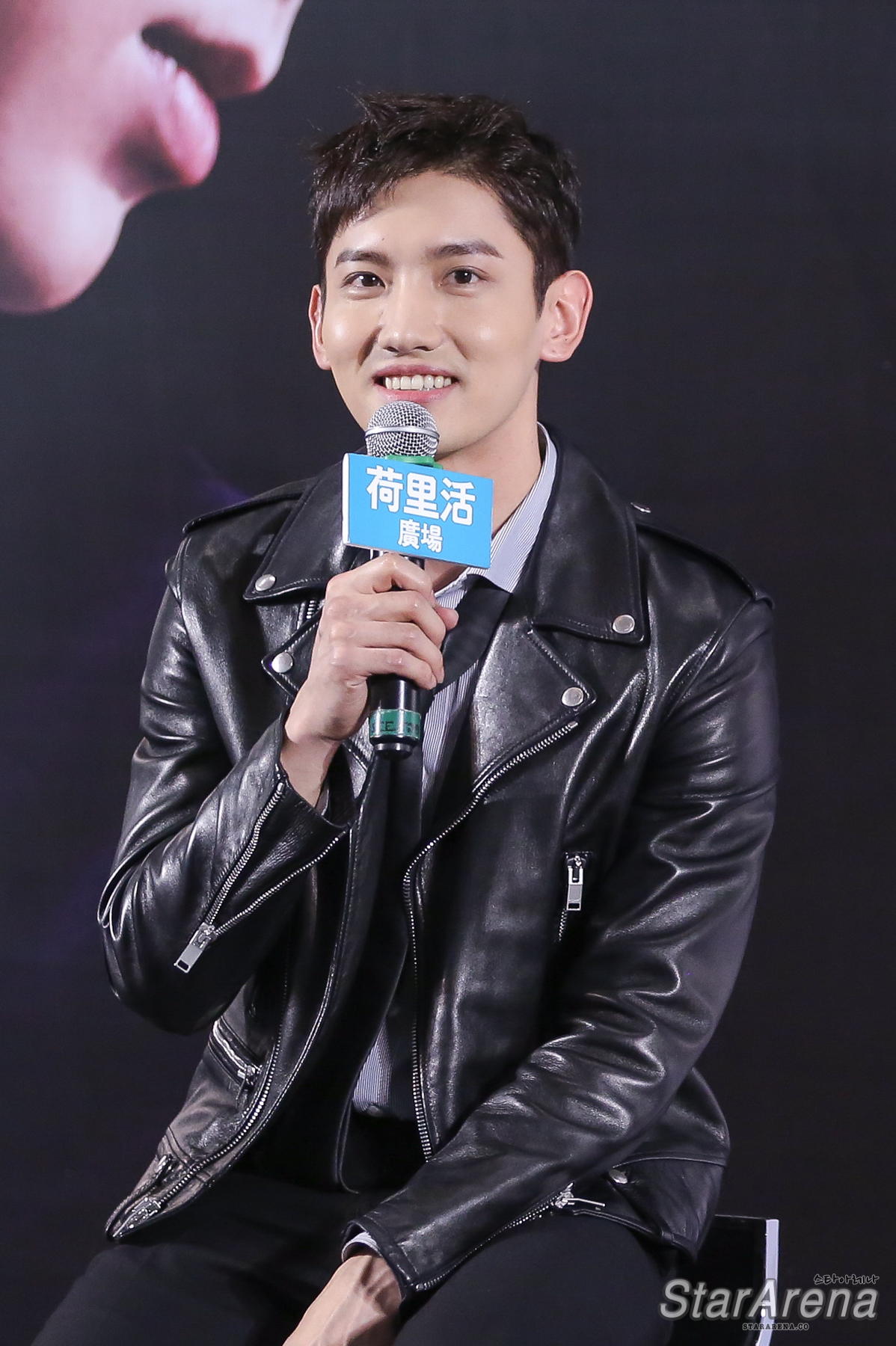 They also mentioned TVXQ week which will be from September 25th onwards on SM station. Their new song ‘Drop’ will be introduced and they have filmed a music video for it.
When questioned on their future schedules and plans, Yunho mentioned that both of them will come back with a solo song each and because it has been some time since they came back with an album, they had put in a lot of efforts and is still preparing for it. They also added that it will take a longer time, and have estimated that it will be released the beginning of next year! 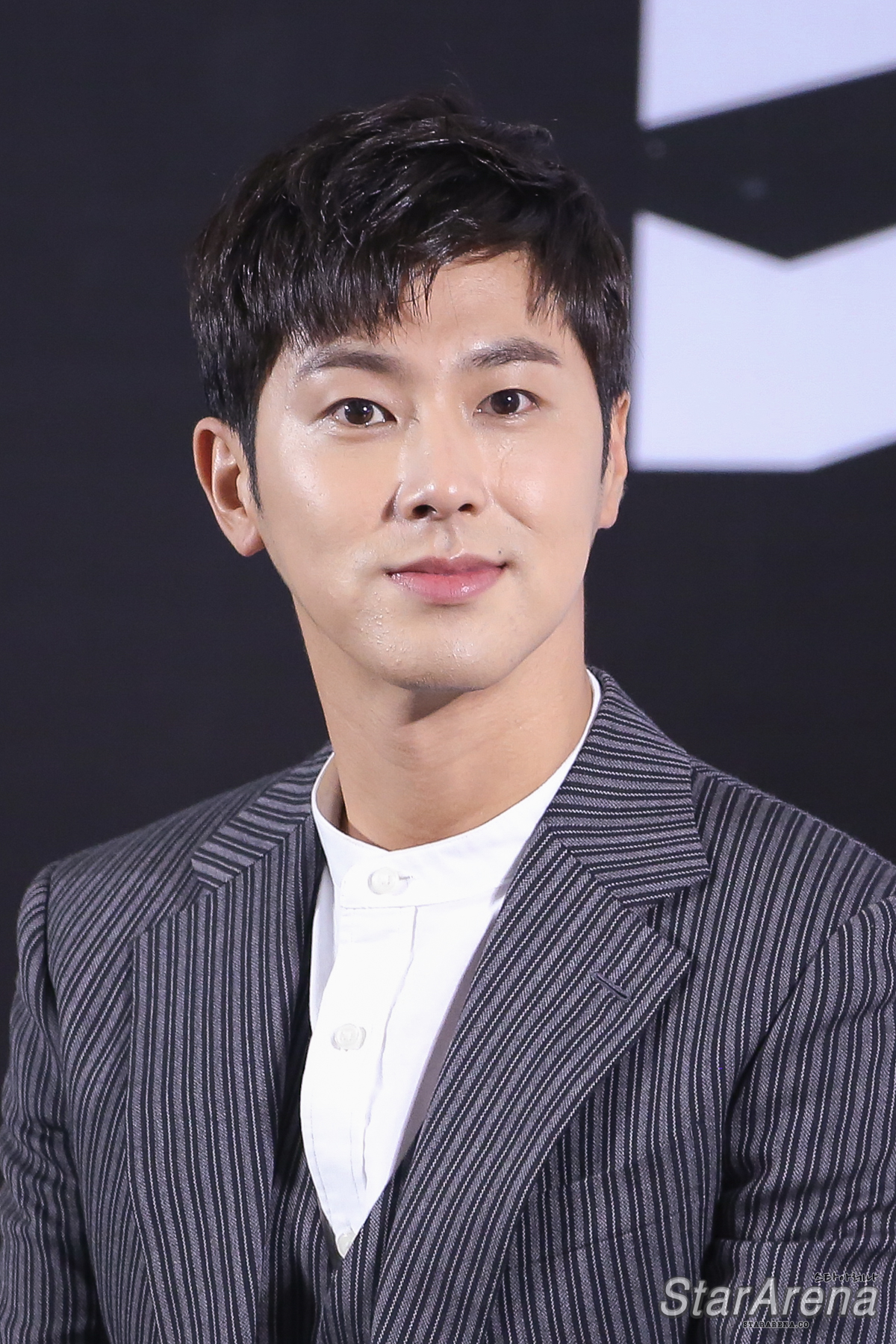 Being in Hong Kong, no one can resist asking them if they want to try any cuisine or something they want to do! Changmin, who is a fan of food mentions that he knows Hong Kong is famous for delicious food like Wanton Noodles and Dim Sum but compared to food, he wishes to see the fans in Hong Kong more! Especially when he felt so welcome after seeing the fans gathered at the airport to welcome them. He said he even had goosebumps!

When asked if they have any Hong Kong artiste in mind that they want to collaborate with, Yunho mentioned that it is a tough decision as there are too many good artists in Hong Kong and asked for suggestions from the fans!

He also mentioned that with the completion of army, he has more time on hand now to think about things and the style of songs to write for the fans. Coming back after 2 years, he hopes that the concert will include more of their popular songs these two years and of course, more interaction with the fans! 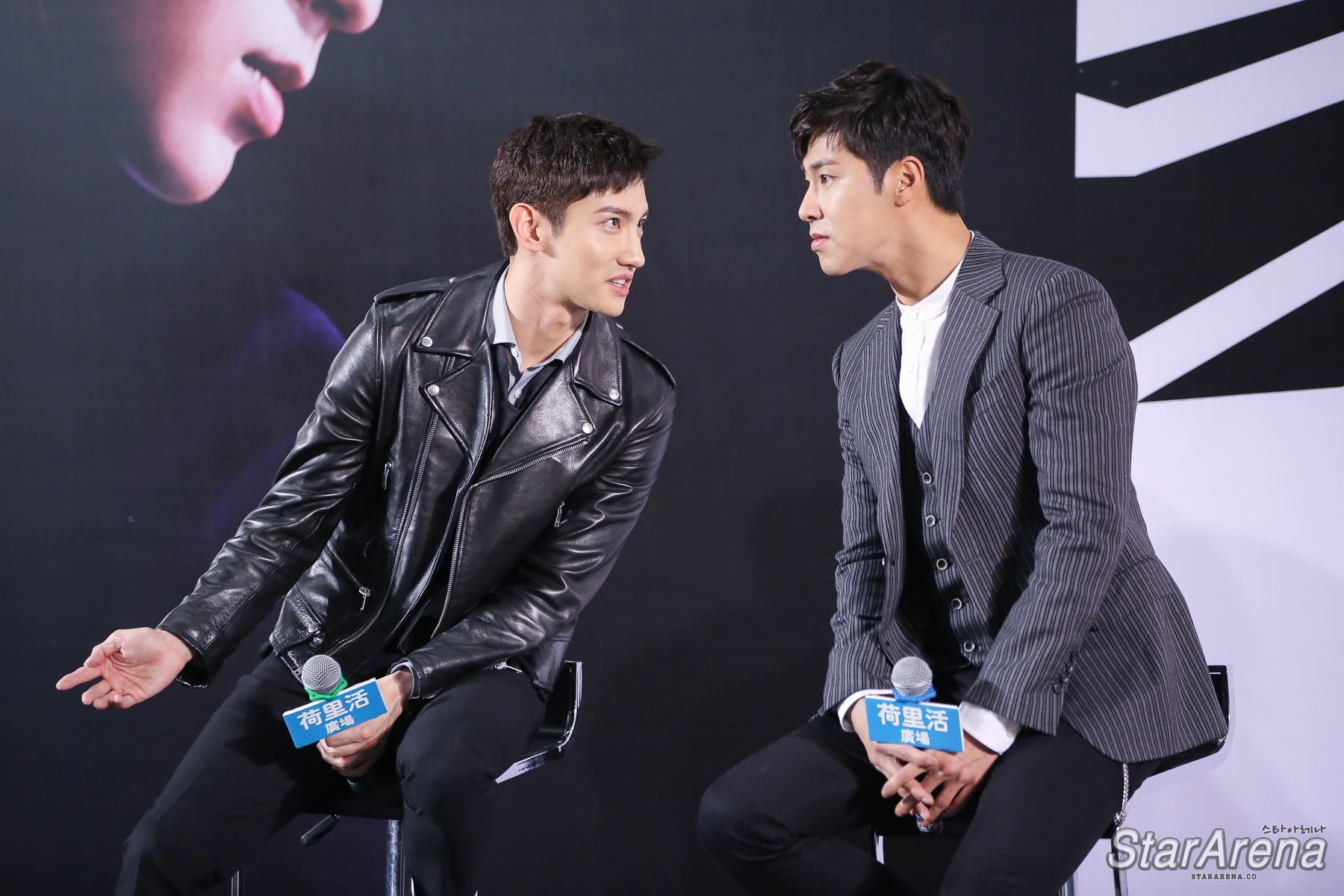 Changmin also mentioned that while they were serving the national service in Korea, he performedSuper Junior‘s song with labelmates Donghae and Siwon. Netizens commented that he is good enough to join them as a member! Changmin then added that his current plan is to work hard with Yunho as TVXQ and hopes to have collaboration with Super Junior members in the future! So do stay tuned for them!