Singapore, 2017 – On September 22, the 11 boys of the super boy band, WANNAONE, met up with the media for an exclusive press conference to talk more about their first ever fan meeting in Singapore, Wanna be Loved! The boys were full of laughter as they shared interesting stories for the first time.

When asked if there were any interesting incidents that happened during filming he music videos, Seong-woo shared, “When we were filming Burning Up, it was raining heavily there was supposed to be a highlight version where the waterbomb will fly in from outside. But because it was raining so heavily we did not have to use any special effects and the water came from the rain naturally.”

If given an opportunity to swap something with another member, Sungwoon instantly exclaimed he want Kuanlin’s height! Kuanlin, on the other hand, would like to have Woo-jin’s dance talent. “It’s because he dances really well!” he shared. Seong-woo then shared he would love to have Daniel’s physical built.

Being idols, it is no wonder that dressing and style are of utmost importance to them. The boys of WANNAONE voted for the best dressed among the members. Wonder who? You guessed right if you guessed Daniel! Even Daniel himself voted for himself. He justified his choice by sharing, “I know how to mix and match my outfit with accessories as compared to the other members.” 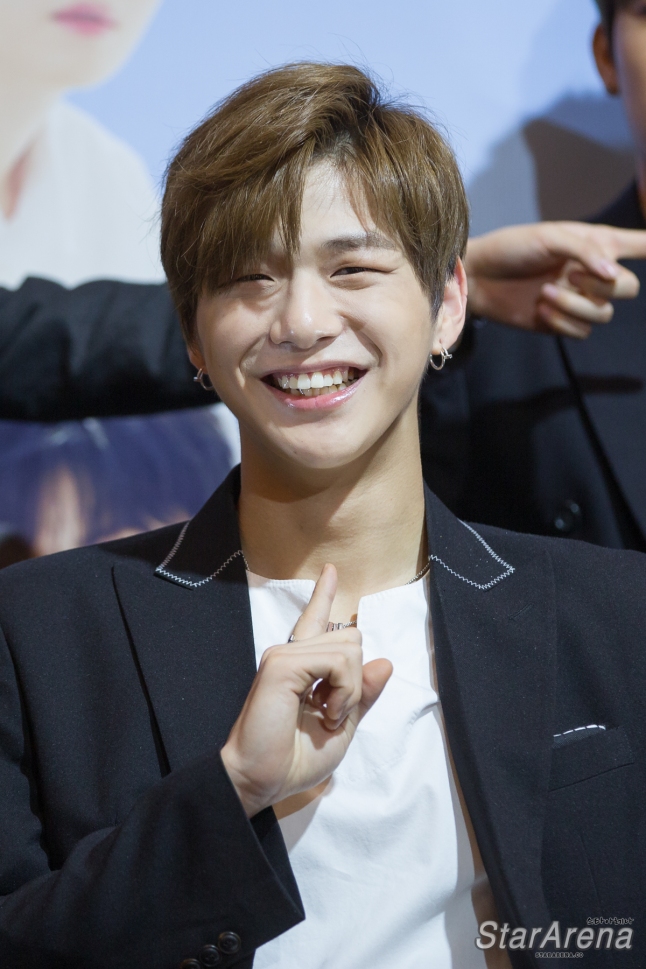 They then voted for the worst dressed! Jinyoung received a unanimous voted from all the other members even though he strongly disagrees! He hilariously defended himself by saying, “Actually I don’t know why because I don’t think they are well dressed either!” Daehwi then shared, “Our stylists usually picked outfits for us for airport outfits but he stubbornly refuses to wear them! And he likes bucket hat! It is so weird because his face is too small!”, which causes the rest of the group to laugh uncontrollably.

When asked which part of the body they are most proud of, Daniel hesitantly answered, “The length of my legs?”. Daehwi picked his waist because of how small it is. Minhyun hilariously picked his Adam’s apple while Jaehwan picked his cheeks. Woojin boasts his teeth while Jisung is proud of his long eyelashes!

As this is their first time in Singapore, they shared how excited they are to meet the fans in Singapore. Following the press conference, the boys of WANNAONE also had their first ever fan meeting later that day. With their positive energy and charming personalities, we sure hope that this will not be the last time that we see WANNAONE in Singapore again!