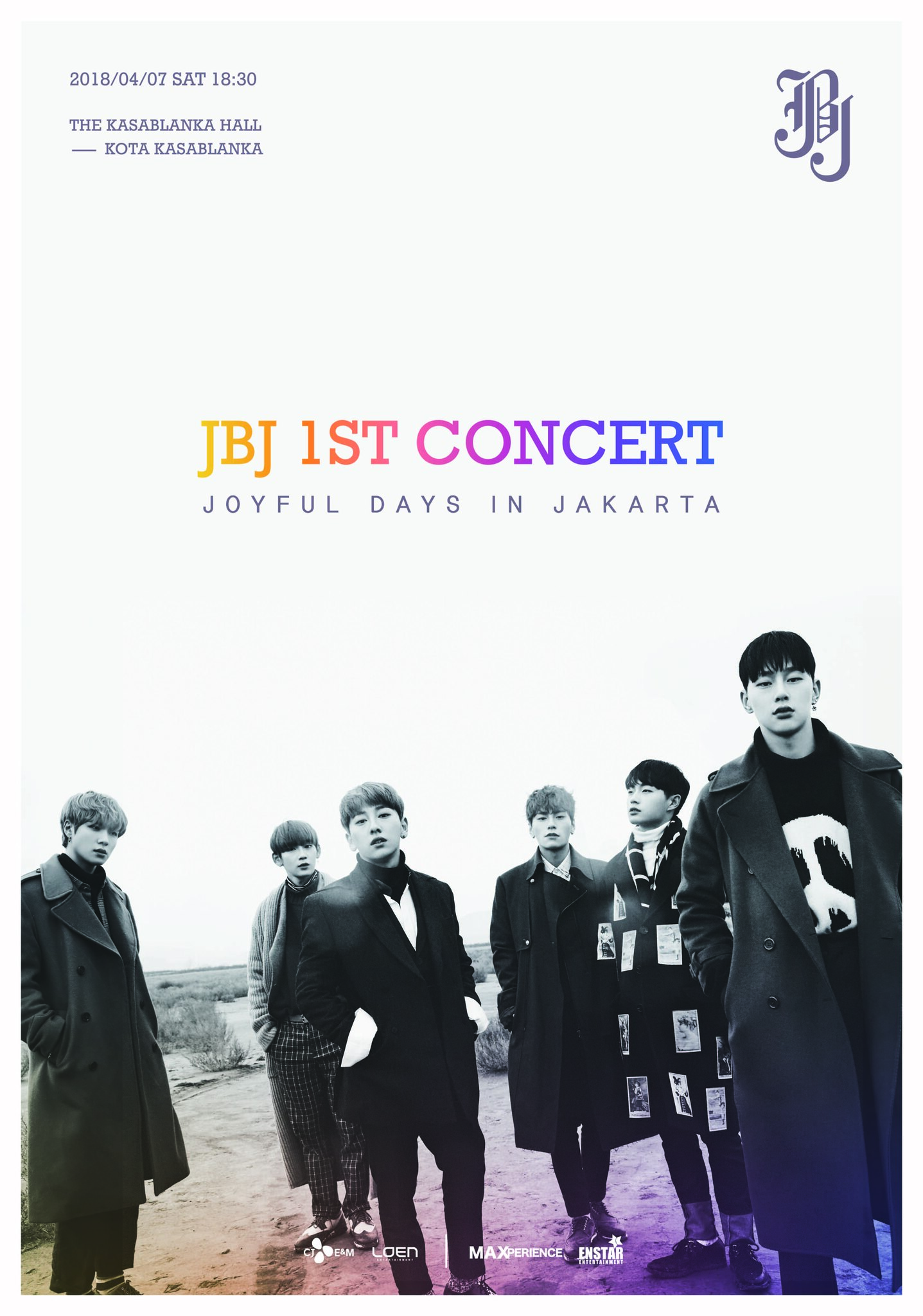 Jakarta – 2018,  Joyful, are you ready? JBJ will bring its first concert to Jakarta! JBJ, a group of former “Produce 101 Season 2” contestants, announced its JBJ 1ST CONCERT [JOYFUL DAYS] in Jakarta on April, 7, 2018 at The Kasablanka Hall.

The concert kicked-off in Seoul, South Korea on 3rd – 4th February 2018 at Seoul Olympic Park. Approximately 60,000 people are said to have accessed Melon Ticket on December 28 to reserve tickets, and all seats were sold out in under a minute. The group has sold out its debut showcase, which seated 7,000 people, in a minute.
JBJ is a group that was originally imagined by fans as an ideal combination of members. The group consists of six members: Roh Tae Hyun, Kenta, Kim Sang Gyun, Jin Longguo, Kwon Hyun Bin, and Kim Dong Han. After continuous support, JBJ eventually made its debut with “Fantasy” in October 2017.

In 2017, JBJ crowned a Rising Star Award on Asia Artist Awards and K-pop Singer Awards on Korean Culture and Entertainment Awards. The group has also successfully achieved Global Rookie Top 5 on V Live Awards 2018. The recent mini-album, “True Colors”, which was released on January 17, has sold around 100,000 copies in the first week of sales. Its title track “My Flower” also topped some of Korea’s major real-time charts.

The group will come to Jakarta for the concert, JBJ 1ST CONCERT [JOYFUL DAYS]. Come and join JBJ’s first concert in Jakarta on this spectacular night where you can anticipate exciting and unforgettable performance.

Tickets will go early bird sale from 2nd March at 7 PM until 3rd March 2018 at 10 PM and officially on sale on 4th March 2018 at 7 PM online via Kiostix’s website (www.kiostix.com) 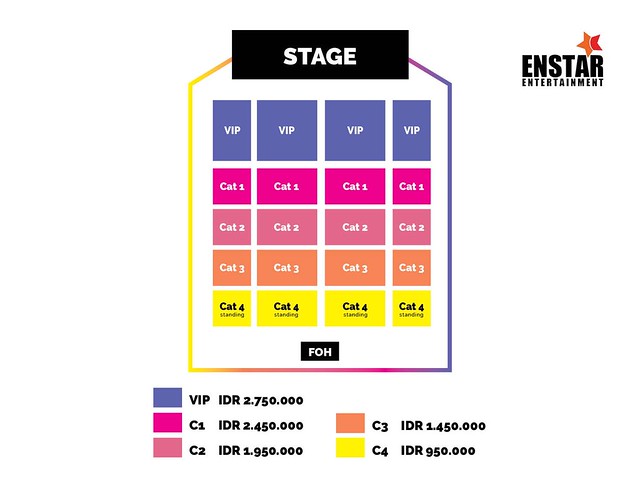 About CJ E&M :
CJ E&M is one of Korea’s largest entertainment and media contents companies. It is also known as Asia’s No.1 content and media company and the leader of cultural trends. Along with encompassing diverse platforms like TV and films, it is also Korea’s largest producer, investor, and distributor of music. It has also produced and promoted hundreds of concerts a year. As a global media group, CJ E&M has established itself as a key player in promoting Asian pop culture across the world. CJ E&M is in charge of JBJ’s production and marketing, and LOEN Entertainment’s in-house label FAVE Entertainment and CJ E&M co-managed the group.

About EnstarEntertainment :
ENSTAR Entertainment is an entertainment, promoter, and event organizer company with a mission to provide quality music performances from South Korean Boy Band to other multinational artists, as well as organized a fan meeting and concert from various K-Pop Artists.