Singapore, 2019 – As part of their Lovelyz 2 Winter World tour, the lovely girls of Lovelyz finally came to Singapore to meet their fans! When it was announced that Singapore will be part of the countries in their Winter World world tour, it had fans all excited and geared up as this was the first time since debut that Lovelyz held a concert in Singapore.

Woolim Entertainment’s first girl group “Lovelyz” was formed in 2014 and consists of eight members: Baby Soul, Jiae, Jisoo, Mijoo, Kei, Jin, Sujeong, and Yein. Lovelyz debuted on November 17, 2014 with “Girls’ Invasion” and have gained lots of love and attention from fans with their girl-next-door image. 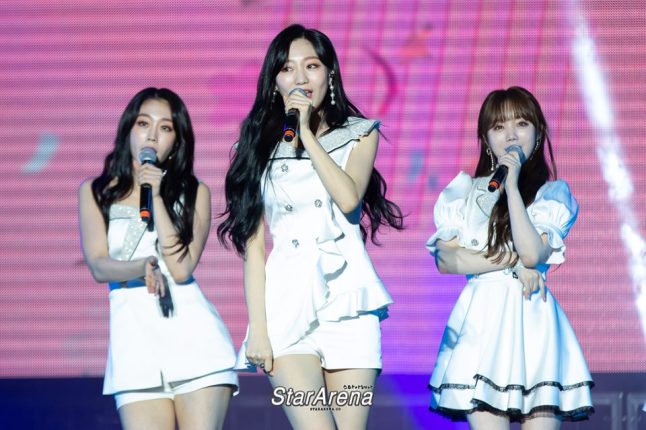 As soon as the curtain dropped at the start of the concert, all the fans started screaming and cheering for their favorite girl group. Lovelyz fluttered the crowd with their synchronized dance performances and perfect vocals. Not only is the concert full of amazing stages, but they also made the fans laugh with their hilarious antics.

To bridge the language barrier between themselves and the fans, they tried very hard to converse with their fans in English. Mijoo even proudly exclaimed, “Our English is very good!” which made the crowd burst out in laughter as she evidently made the most mistakes. 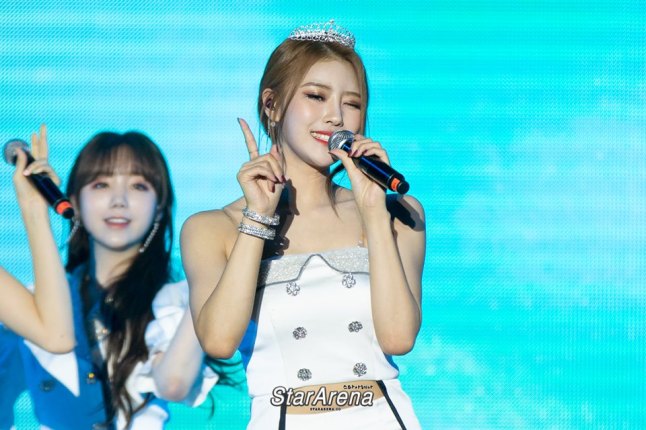 In between their amazing performances, they interacted with the fans and played well amongst themselves. During the mini intermissions, they played a hilarious video of the girls playing a game – the game is to cook in silence. Every time they made a noise, they would need to get their face drawn on or had to wear a silly prop. The video was very funny as Lovelyz tried their best to control their laughter and their noise level.

Not only do the girls perform their up-beat dance songs like Ah-Choo and Twinkle, they too showcased their perfect vocals by performing their ballad songs like Shooting Star and First Snow. To the fans’ excitement, members Jiae and Jisoo also performed aegyo to Joyland just for their fans!

Towards the end of the concert, each member relayed their gratitude and love for the fans. Kei said, “Even though it was hard to communicate because of the language, I am sure we have connected with our heart and eyes.”. Baby Soul also added, “As soon as the drapes went down and we saw all the fans, we were really really very thankful. You sang and supported us even though we are all very far from you.”

To return the gratitude that Lovelyz gave to the fans, Lovelinus’ in Singapore also made a special video just for the girls. The video showed how much the girls have grown over the years since debut and also their most precious moments like winning on music shows and award shows. The video made the girls very emotional and all of them started tearing, some was even crying. Mijoo was even unable to sing the final song! 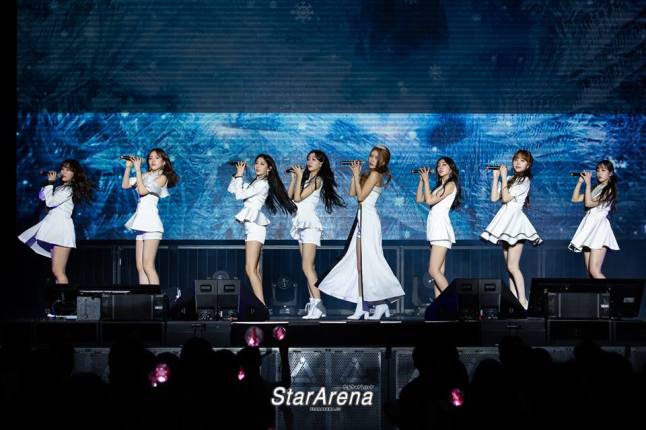 They then rounded up the concert with Goodnight Like Yesterday especially just for their fans, Lovelinus. The audience sang along with the girls, before ending their 2 hours long energetic and definitely full-of-life concert. Since all the members promise to come back to Singapore soon, I am sure all the fans are counting down till the next time they get to see their favorite artist in Singapore again – let’s hope we do not have to wait 5 years!

For more pictures of Lovelyz from the concert, do click here!