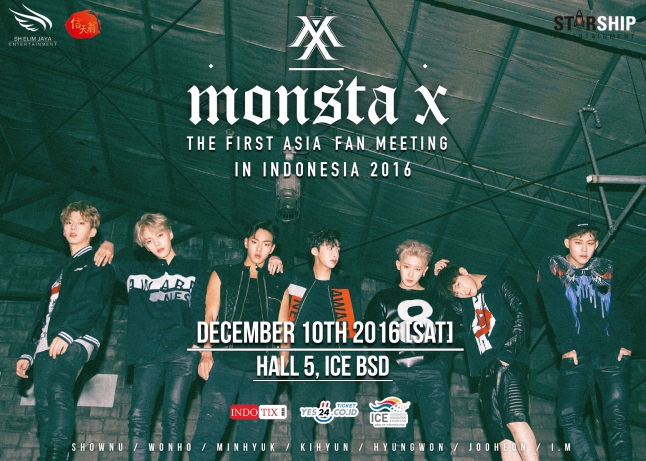 Jakarta, 2016 – MONSTA X will be visiting Indonesia for the very 1st time with their fan meeting tour titled MONSTA X – The First Asia Fan Meeting in Indonesia 2016. This event will be held on Saturday, December 10th 2016 at Indonesia Convention Exhibition (ICE), BSD.

MONSTA X is a seven-member boy group from Starship Entertainment, with the members Shownu, Wonho, Hyungwon, Kihyun, Jooheon, Minhyuk, and I.M. The group was formed as a result of a TV Show program titled No.Mercy, where the said seven members are chosen through the competitive survival show. MONSTA X debuted on May 2015 with the song “Trespass”.

Since then, MONSTA X have won many prestigious music awards nominations such as Next Generation Artist at 30th Golden Disk Awards and Mnet Asian Music Awards, 1TheK Performance Award at 2015 MelOn Music Awards, Male Dance Performance Award at 2015 Seoul Music Awards, and more. With their many achievements, MONSTA X has established an active fanclub all over the world. Through this fan meeting, SH Entertainment hopes to satisfy Indonesian “Monbebe”, their fanclub name, in meeting MONSTA X for the first time in Indonesia.

Don’t miss the chance to meet Monsta X on their first fan meet in Indonesia!

“MONSTA X – The First Asia Fan Meeting in Indonesia 2016” is proudly brought to you by SH Elim Jaya Entertainment.

Tickets sales will be open for public on October 10th 2016 (5PM) at www.indotix.com 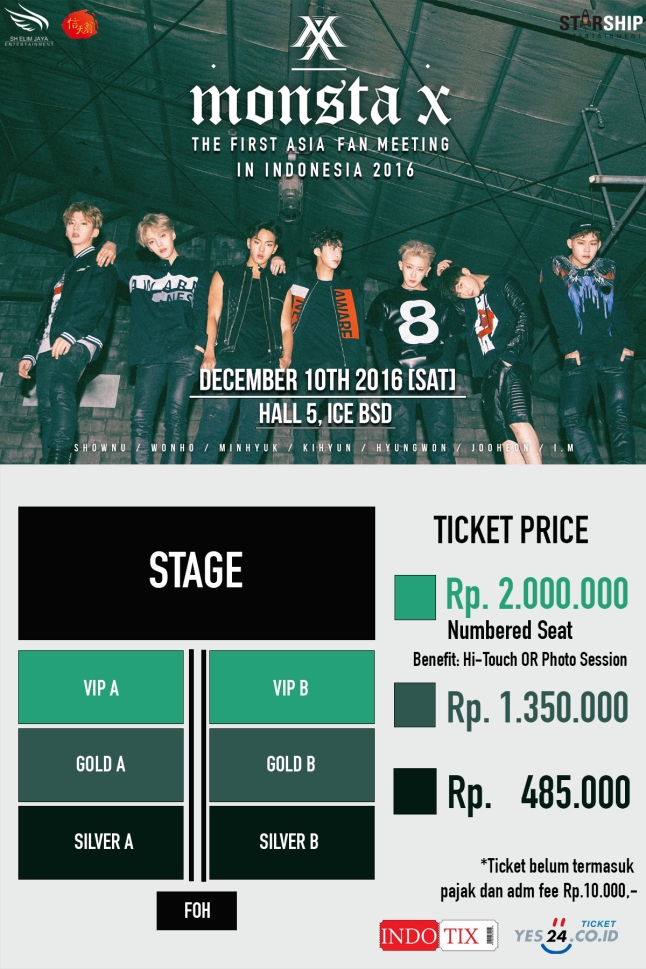 Tickets sales will be open for public on October 10th 2016 (5PM) at www.indotix.com.