Jakarta, 2016 – FC Men finally landed in Indonesia! This time round, Korean celebrities, who are also avid fans of soccer, came to Indonesia for a friendly match against Indonesia’s Selebriti FC on SH Cup 2016 organised by SH Entertainment. Held at the Patriot Candrabhaga Stadium Bekasi on 5 November, FC Men had proven their impeccable soccer skills during the match. 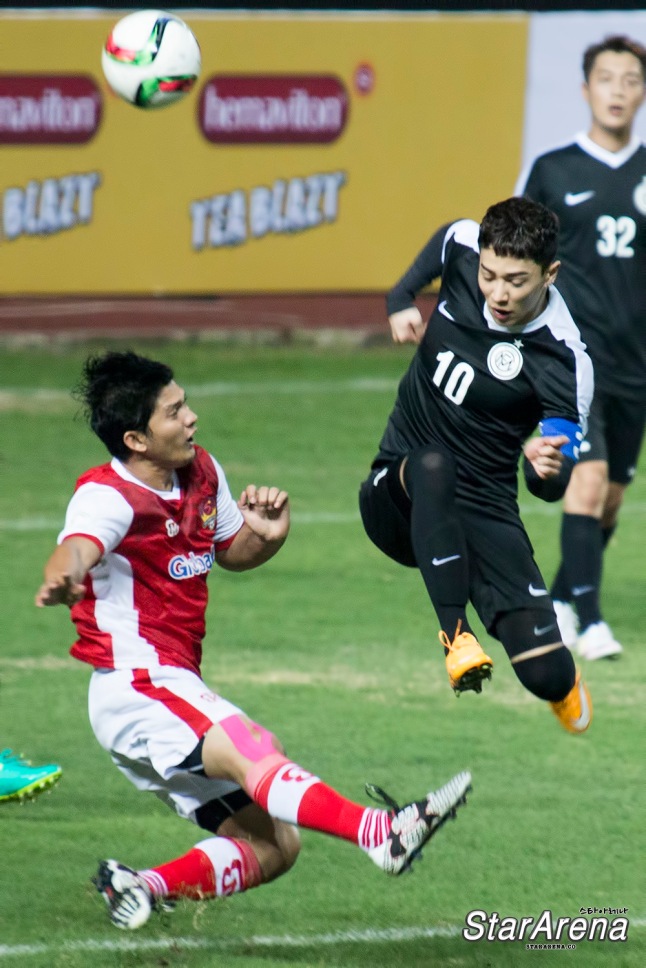 Xia Junsu, Beast‘s Doojoon, Beast‘s Gikwang and Bigstar‘s Sunghak, alongside other FC Men players were living up the 90 minute match. Loud cheers of fan girls can be heard throughout the match, for both Selebriti FC and for the FC Men players.

The match began with both countries’ national anthem at 7pm sharp. Led by Gikwang, during the first half, FC Men got their first goal through Vicky Nitinegoro’s own goal, and obtain their second goal from Lee Sigang. 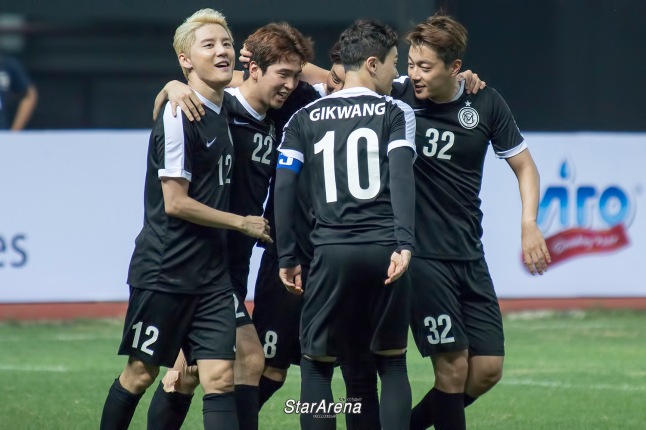 Their goals didn’t stopped there, as Kim Eunhu scored two goals and Bigstar’s Sunghak scored the last one during the second half of the heated match. On the other side, Selebritis FC also scored three goals, two from Rifky Alhabsyi and one from Darius Sinathrya.

The score remained at 5:3 until the final whistle, signalling the win for FC men. Both teams saluted the audiences for coming to see them and cheering for them throughout the match.

It was a heated match and both FC Men and Selebritis FC enjoyed 2 times 45 minutes’ together at a soccer field.

We would like to thank SH Entertainment for the invitation to cover this event!