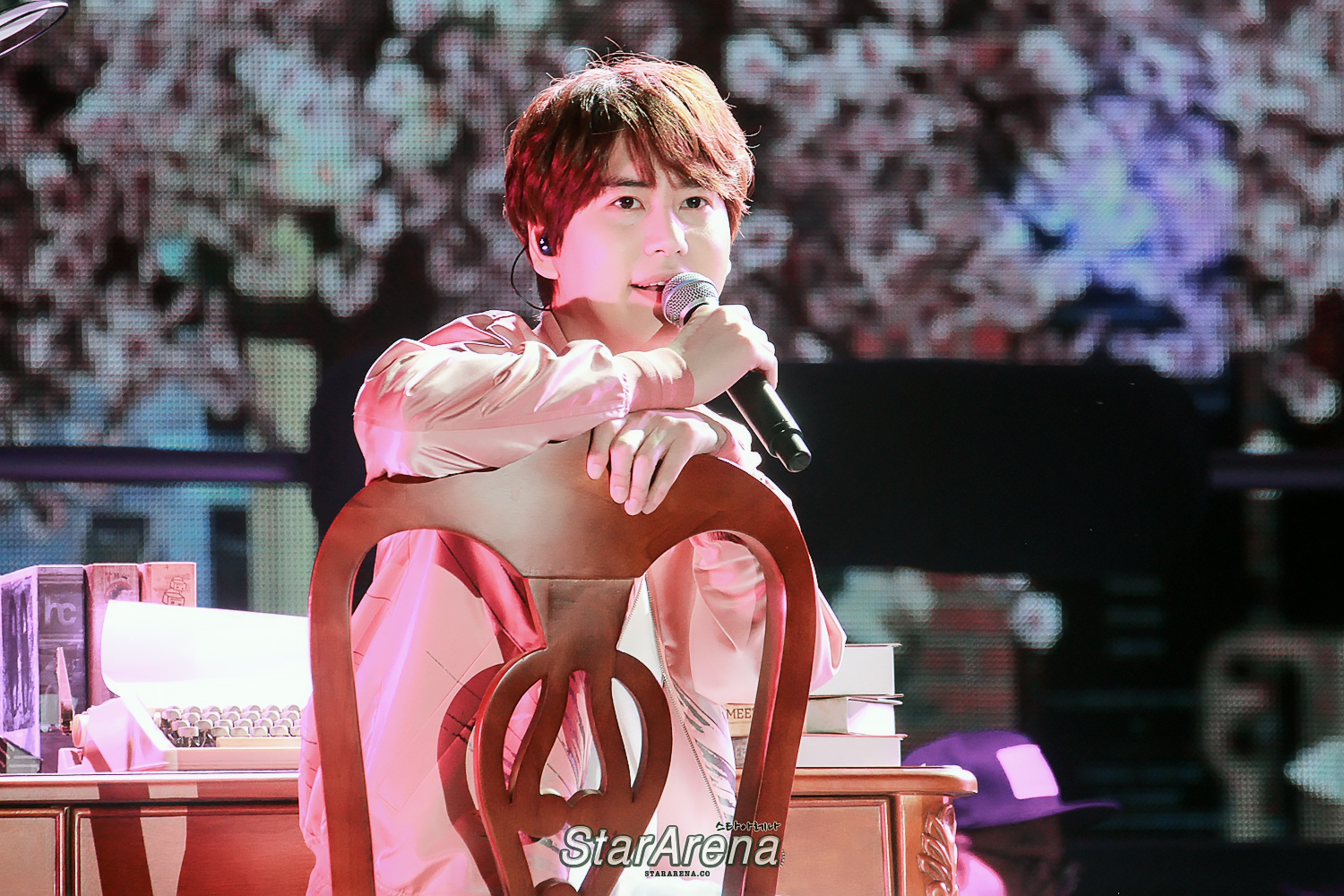 Hong Kong, 2017 – Before his enlistment, Super Junior Kyuhyun, started on his Asia tour and performed in Hong Kong on 17th March at Asia World Expo.

He started off the concert with ‘Blah Blah‘ and ‘Because I Miss U‘. During the talking segment, he greeted the audience in both Cantonese and Mandarin, showcasing his mastery in the language. He then changed into a pink suit and performed ‘Piano Forest‘ and ‘When with me‘. He also joked that these 2 songs will be the liveliest songs for the concert as the remaining songs will be sad ballads. 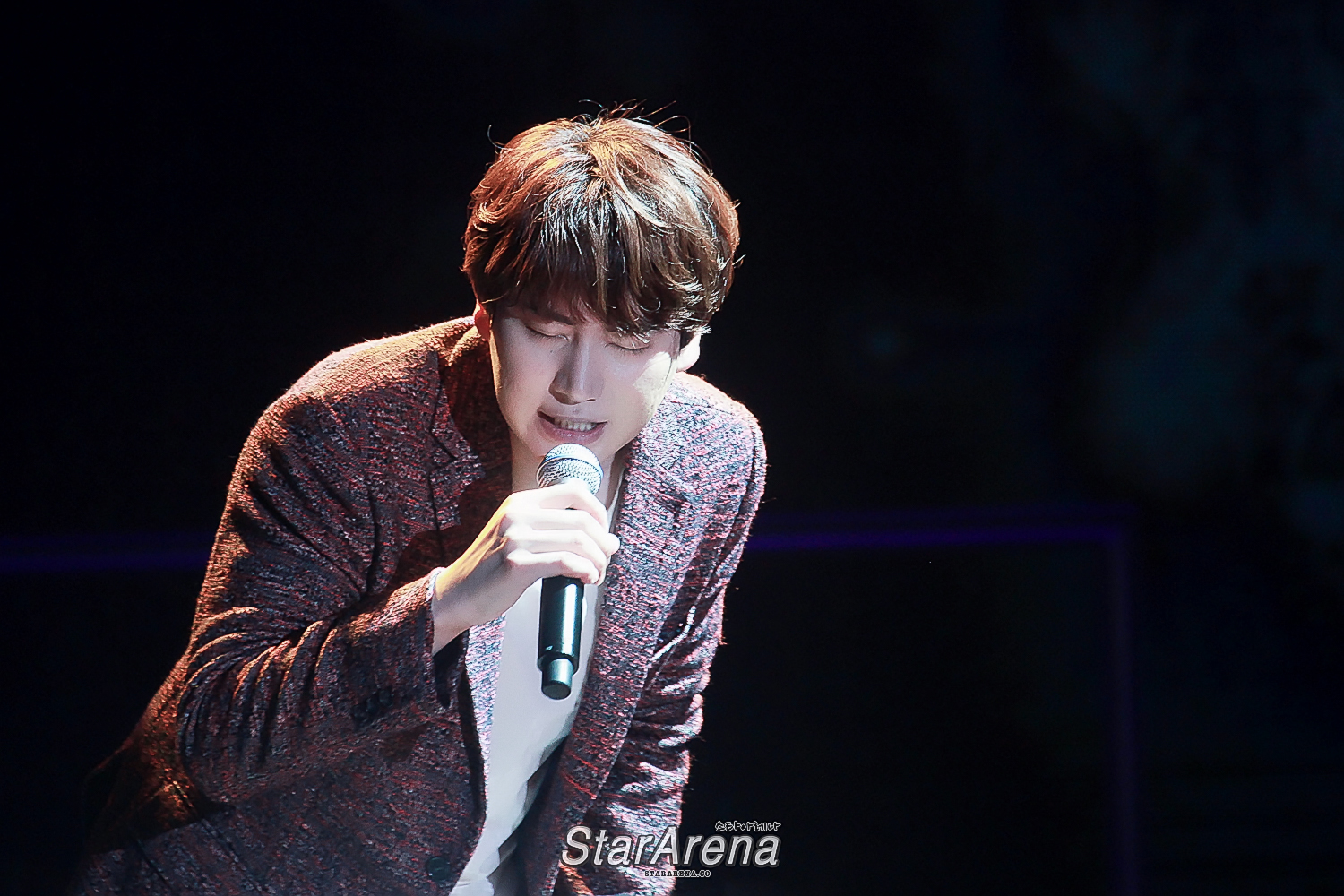 In the midst of the concert, he began to converse with fans in Mandarin. He told the fans to take good care of themselves, to be healthy, and that he was quite worried about the attendance rate of this concert. He also mentioned that he was afraid that the fans will not like the ‘guest’ he is going to invite to his concert. Turns out, he invited ‘Kyuhyun‘ who appeared on the big screen and both of ‘them’ sang ‘Two men‘  together.

After this segment is the musical portion where Kyuhyun showcased his acting and singing abilities. 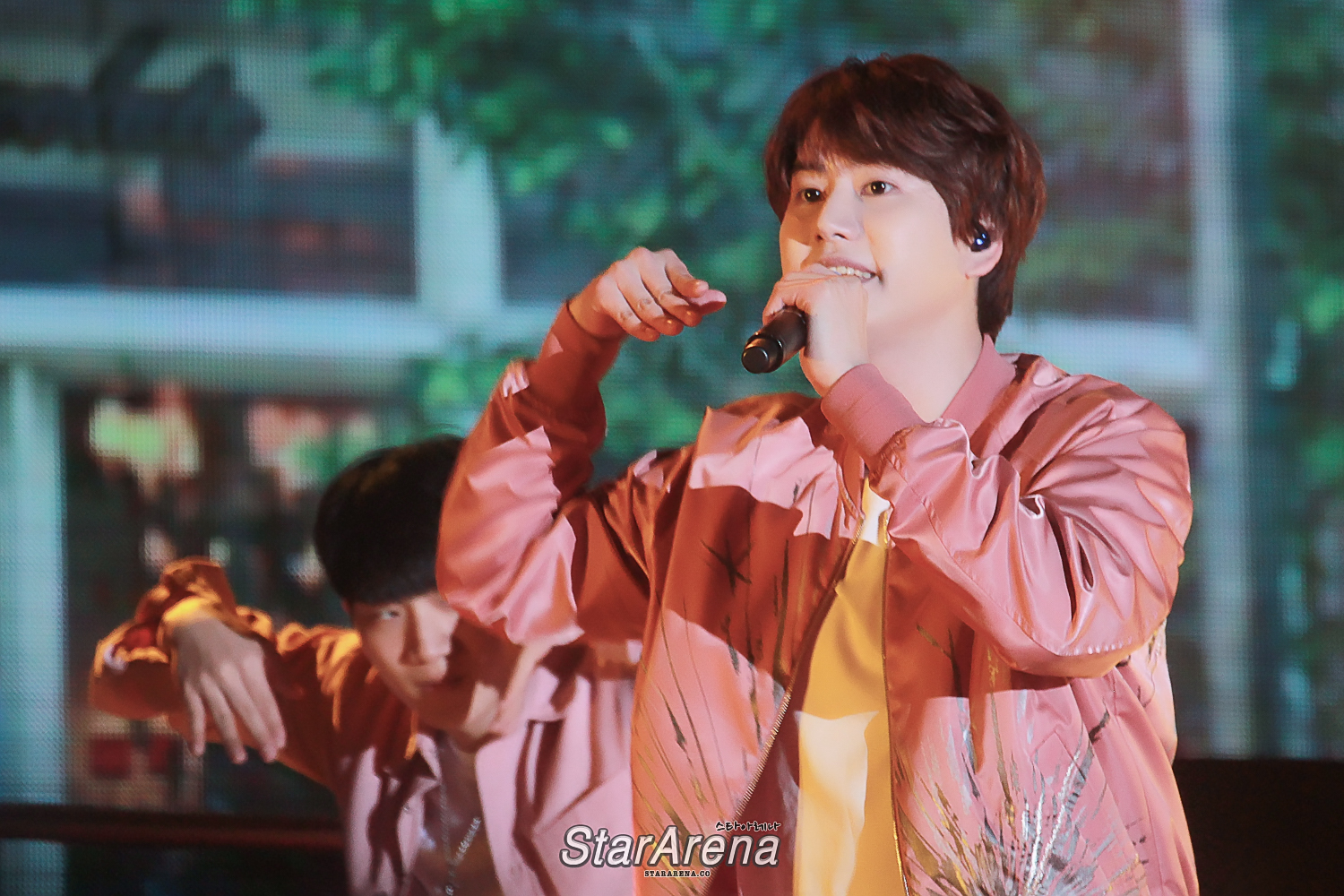 He also performed 新不了情, 那些年, 聽海 and a Cantonese song 天梯, pleasantly surprising all the fans present. This was not the end as he then dressed in a hip hop outfit and performed a segment of rap. He also danced to Twice‘s ‘Cheer up‘ which of course gained cheers among the audience.

To end the concert off, Kyuhyun sang ‘A Million Piece’, accompanied by confetti which suited the ambiance of the song and the Chinese version of ‘At Gwanghwamun’. The fans sang along with him and raised the banner to tell Kyuhyun that they will wait for him and to meet again 2 years later. 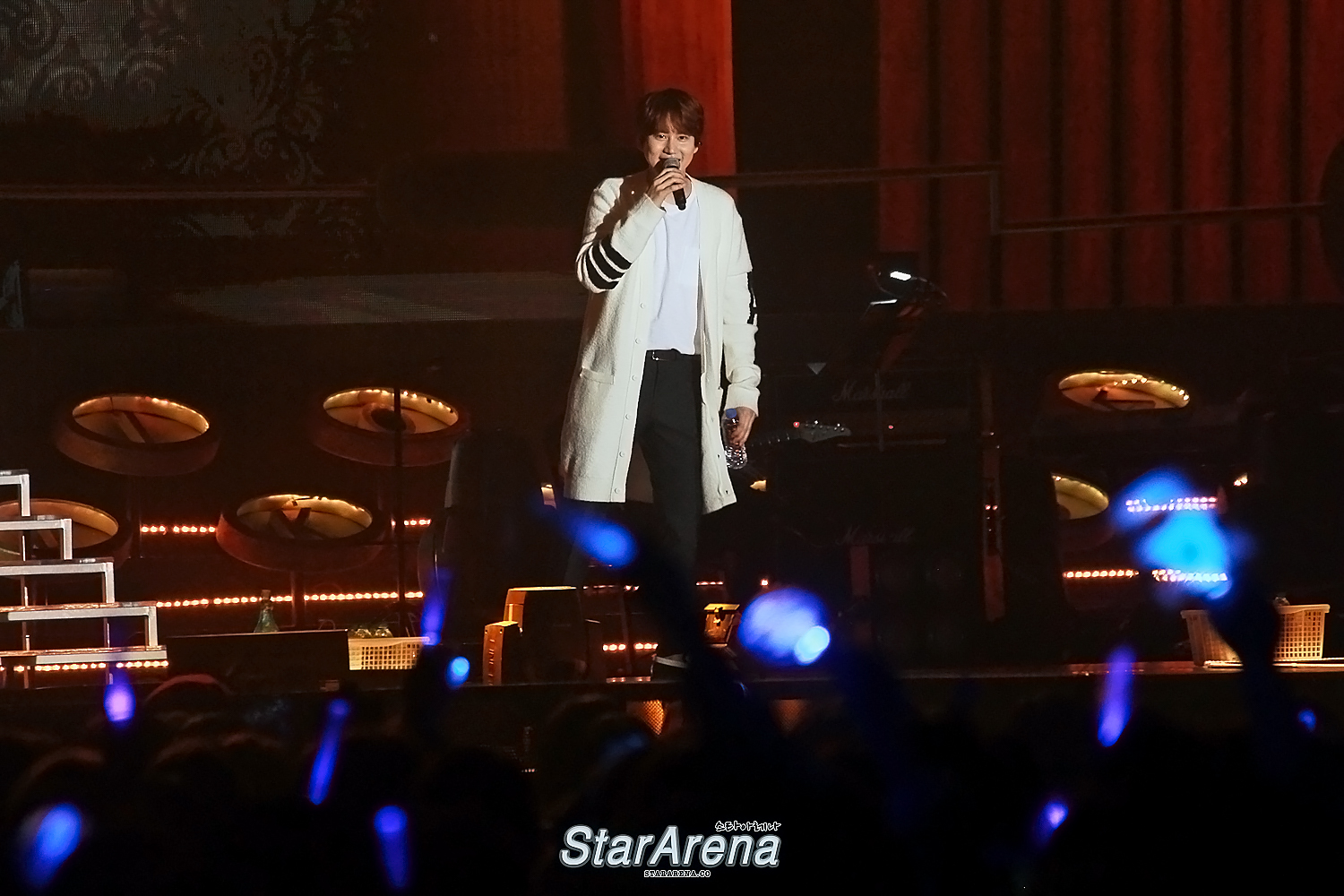