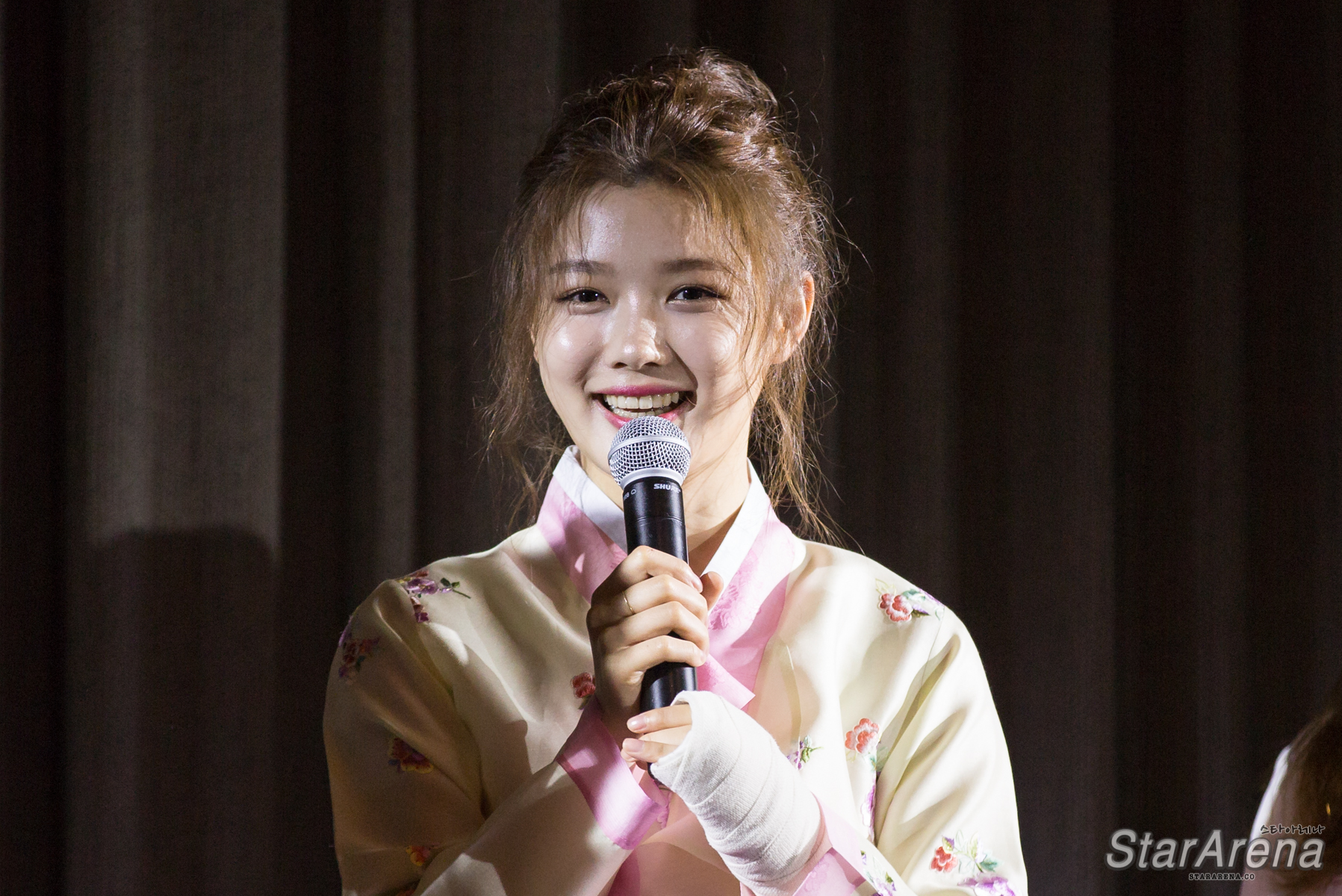 Singapore, 2017 – South Korean actress Kim Yoo Jung graced our shores on 20th May for her very first fan meeting in Singapore which was held at Grand Copthorne Waterfront.

At this intimate fan meeting, Singapore fans were able to get up close to the actress and hear her share about herself, sing, and draw.

At 7pm, lights dimmed and Kim Yoo Jung appeared on stage wearing a Hanbok and started the fan meet singing ‘My Person’. The fan meet then proceeded to a talk segment where fans have the chance to know more about the actress.

It is Kim Yoo Jung’s first visit to Singapore and she shared that she wants to try satay and chilli crab. When the MC suggested to her to try durian, she replied saying that she ate durian before and hesitated slightly when asked if she liked it or not, causing knowing laughter from the fans. 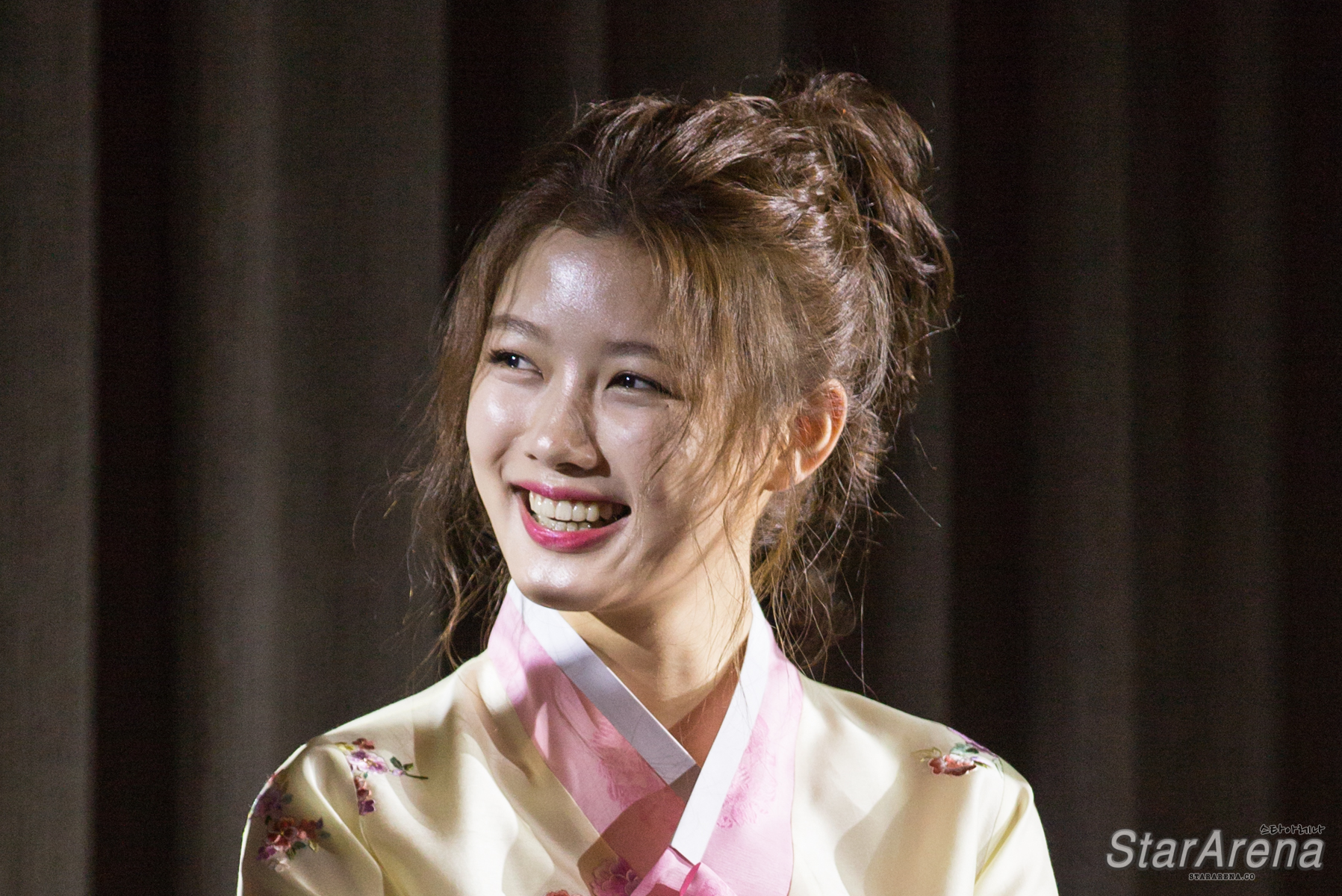 Memorable scenes of dramas that Kim Yoo Jung acted in were played and the actress shared a few ‘behind the scenes’ happenings with the fans. One particular scene was when Park Bo Gum, her co actor in ‘Love in the Moonlight’, fed her Yakgwa (traditional Korean sweet pastry). Kim Yoo Jung then shared that she finished all the Yakgwa that the staff prepared for that particular scene. 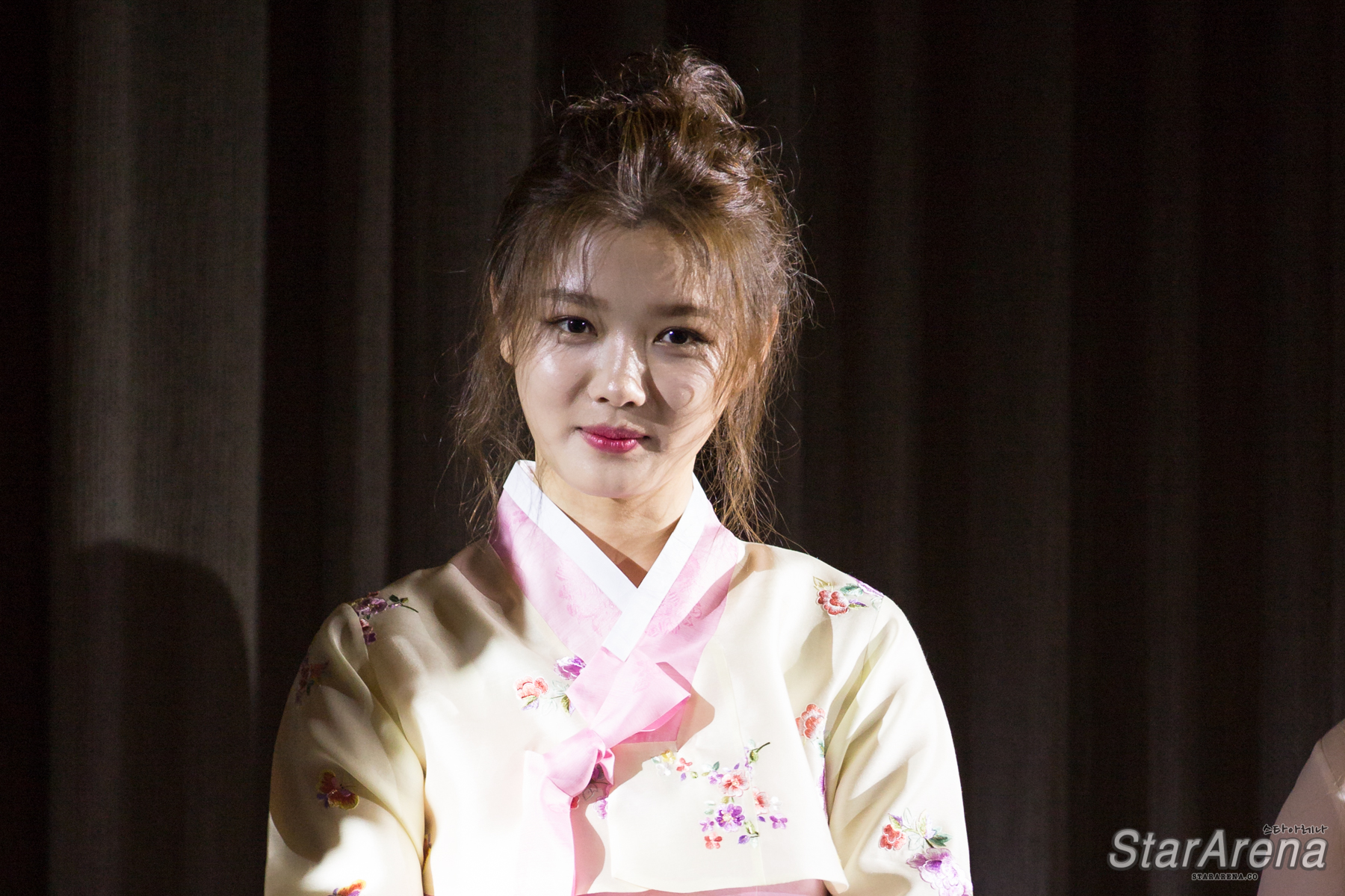 The fan meet then proceeded to game segments with lucky fans on stage. Some fans were also given the chance to re-enact scenes of dramas that Kim Yoo Jung acted in with the actress herself. Fans have also prepared a special self-made video to show their love and support for Kim Yoo Jung.

One can easily see Kim Yoo Jung’s love and appreciation for her fans through her interaction and the sincerity she put in for the fan meet. I am sure the fans enjoyed their interaction with the actress as well. We look forward to Kim Yoo Jung’s next piece of work and we hope to see her back in Singapore again!