This is G-dragon’s first visit to Macao for his solo concert and this stop is also the first for <ACT III, M.O.T.T.E> after Seoul. Many fans in Asia have been looking forward to this concert and many waited outside the venue the day before, anticipating the concert.

For this world tour, G-dragon worked with internationally well-known creative director, Willo Perron, who has worked with numerous artiste such as Rihanna, Kanye West and Drake.

G Dragon started off the concert in a red outfit and belted out ‘Heartbreaker’, ‘Breathe’ and ‘A Boy’. He performed a total of 22 songs which include his hit songs, ‘One of a kind’, ‘Crayon’ and also songs from his latest album, ‘Middle fingers up’, ‘Bullshit’ and ‘Divina Commedia’. Throughout the concert he proved that he is indeed a talented, all rounded artiste, who is good in rapping, singing and dancing.

G Dragon then ended the concert with ‘Untitled’. 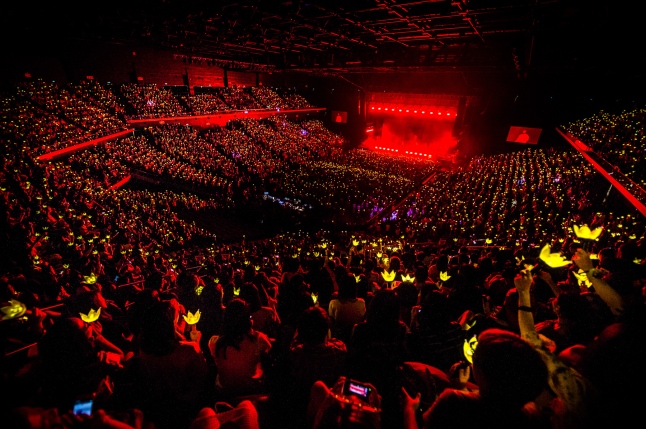 ‘G-DRAGON 2017 WORLD TOUR <ACT III, M.O.T.T.E>’ started off from Seoul on 10 June, and will be visiting 24 cities in the world, including numerous stops in Asia, North America and Australia.