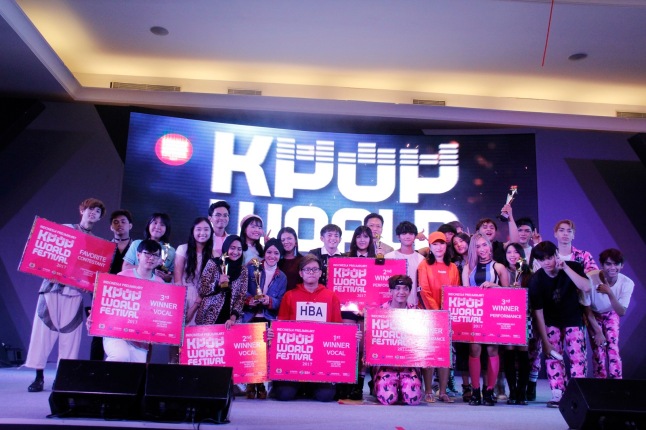 Jakarta, 2017 – Embassy of the Republic of Korea and Korean Cultural Center Indonesia have staged the provision stage of Indonesia K-Pop World Festival 2017 which produced seven winners from Vocal and Performance category. The good news of this event is that one of the winners will be the representative of Indonesia at the 2017 K-Pop World Final (KWF) in Changwon, Korea on 29 September.

As the peak event is the show talent of the contestants of Indonesia KWF 2017. There are 16 participants, which are eight participants from each category. As a result of the competition, the first winner is Tiffani & Alphiandi (Jakarta) from Vocal and CHILI (Bandung) from Performance. In sequence, the winner brings the cover of “Inferiority Complex” (Park Kyung ‘Block B’ feat. Eunha ‘G-Friend’) and “Cherry Bomb” (NCT127). One of them will represent Indonesia in KWF 2017 Finals. Later, the name of the Indonesian representative will be announced on KWF 2017 website.

The second winner of KWF 2017 is Rifka Amalia (Vocal), Barbies Up (Performance), Refuge Arc (Vocal) and Double Y (Performance) as the third winner. As for favorite contestants, where the scoring system is based on the number of ‘like’ videos on the Korean Cultural Center’s YouTube channel Indonesia, won by A.C.E.Code from the Performance category.

After the announcement of the winners, the audience was treated to enjoy the appearance of ASTRO, boy band under Fantagio. ASTRO brings two appearances, namely “Baby” and “Breathless + Polaris”. The enthusiasm of the audience is evident from a large number of K-Pop fans who have been present at the venue since the morning. The audience packed the KWF 2017 event area as well as providing support to KWF contestants and guest stars.

K-Pop World Festival is a prestigious K-Pop event held annually in Changwon, Korea. KWF is organized by Ministry of Foreign Affairs Republic of Korea (MOFA), along with Korean Broadcasting System (KBS) and Ministry of Cultural, Sports, and Tourism (MCST). This year’s finals will take place on 29 September 2017 at 19.00 Korean time. The action of the finalists and K-Pop stars can be seen through live stream.