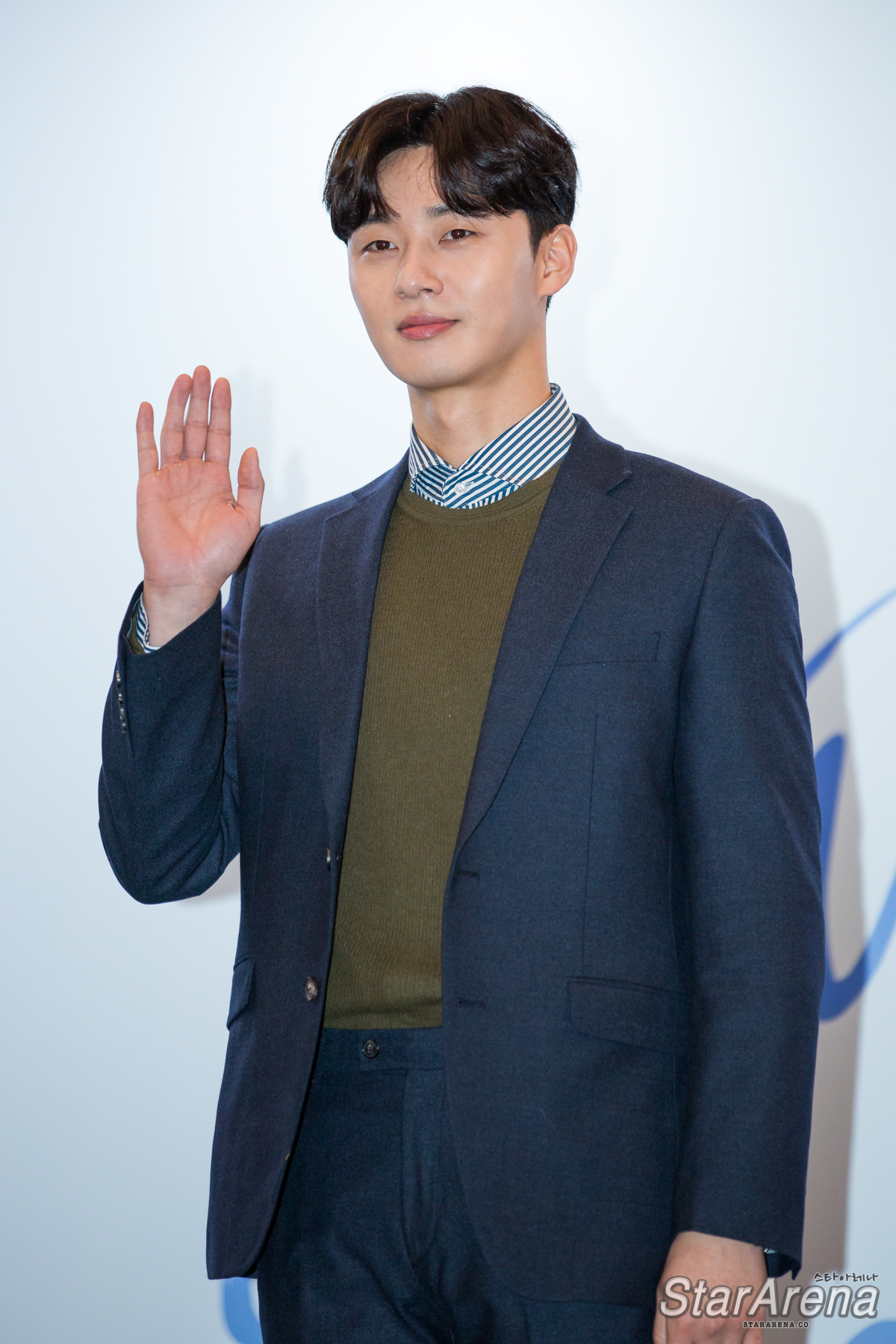 Singapore, 2017 – Looking sharp in a navy suit, actor Park Seo Jun greeted and introduced himself to the media prior to his first ever fan meet in Singapore.

Nicknamed The Nation’s Boyfriend, the actor was all smiles before the cameras and the media wasted no time to ask the actor a series of questions. Starting things off, Park Seo Jun was asked about his “Bromance” with fellow actors Kang Haneul and Lee Kwangsoo. He replied, “I’m thankful to be given the chance to work with them and is still in contact with them.” Having starred in several romantic dramas, the actor was then asked about his preparations for kissing scenes. As a professional actor, Park Seo Jun immerses himself into his character and was able to naturally carry out the scenes. The shy actor once dreamed of becoming a baseball player before he found his calling as an actor. Asked to pick between being a follower or a leader, Park Seo Jun who felt that being a leader comes naturally to him, picked the latter. 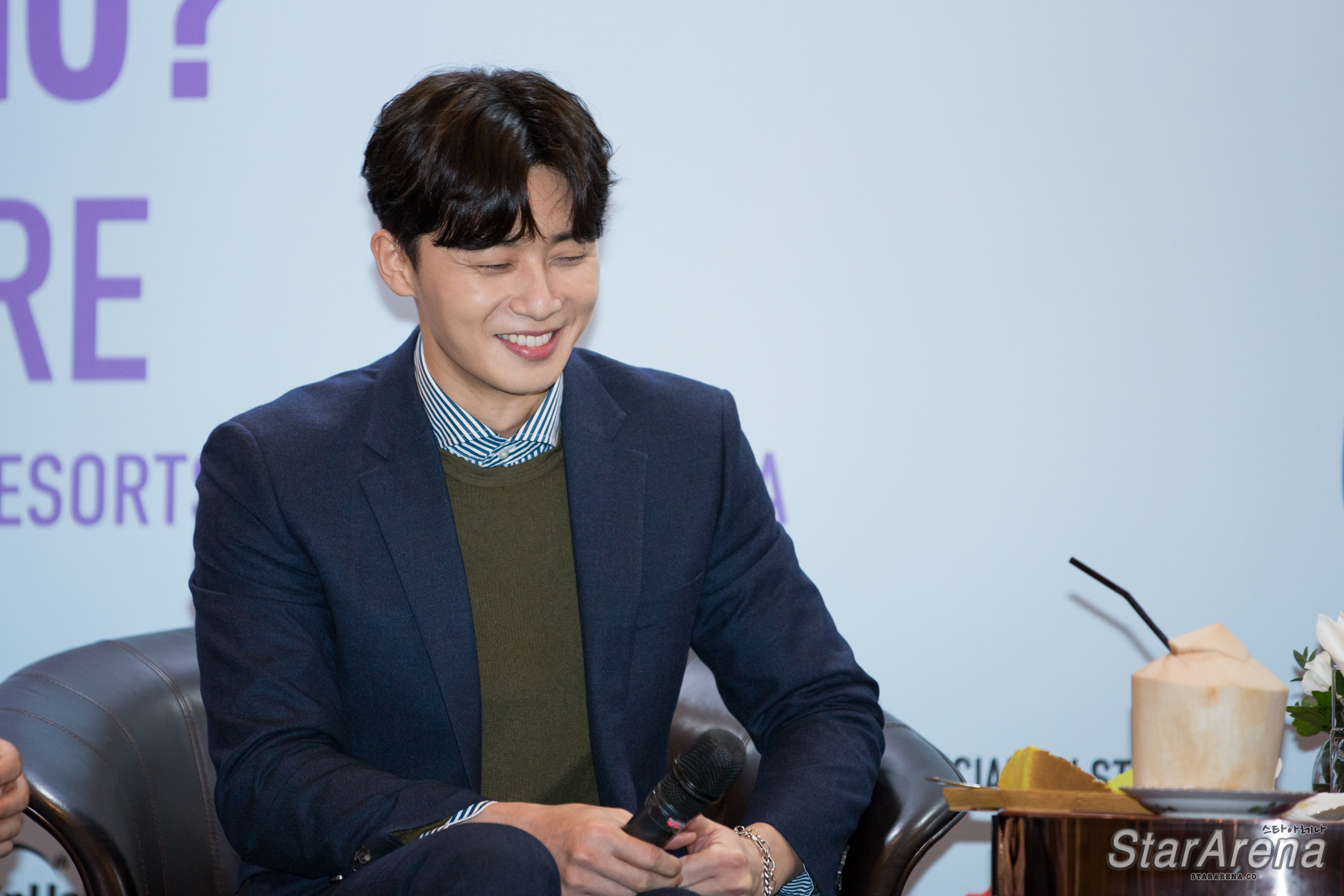 Addressing his recent hit movie ‘Midnight Runners’, “No movie can be done without everyone’s efforts and I am honoured and thankful to everyone who paid and watched this movie”. The cake loving actor had a taste of Singapore’s signature pandan cake and commented that it was “Shiok!”. He then revealed about his secret in maintaining his physique which is regular exercise and eating well. “I love cake but it is a sacrifice I make to maintain a good body”. 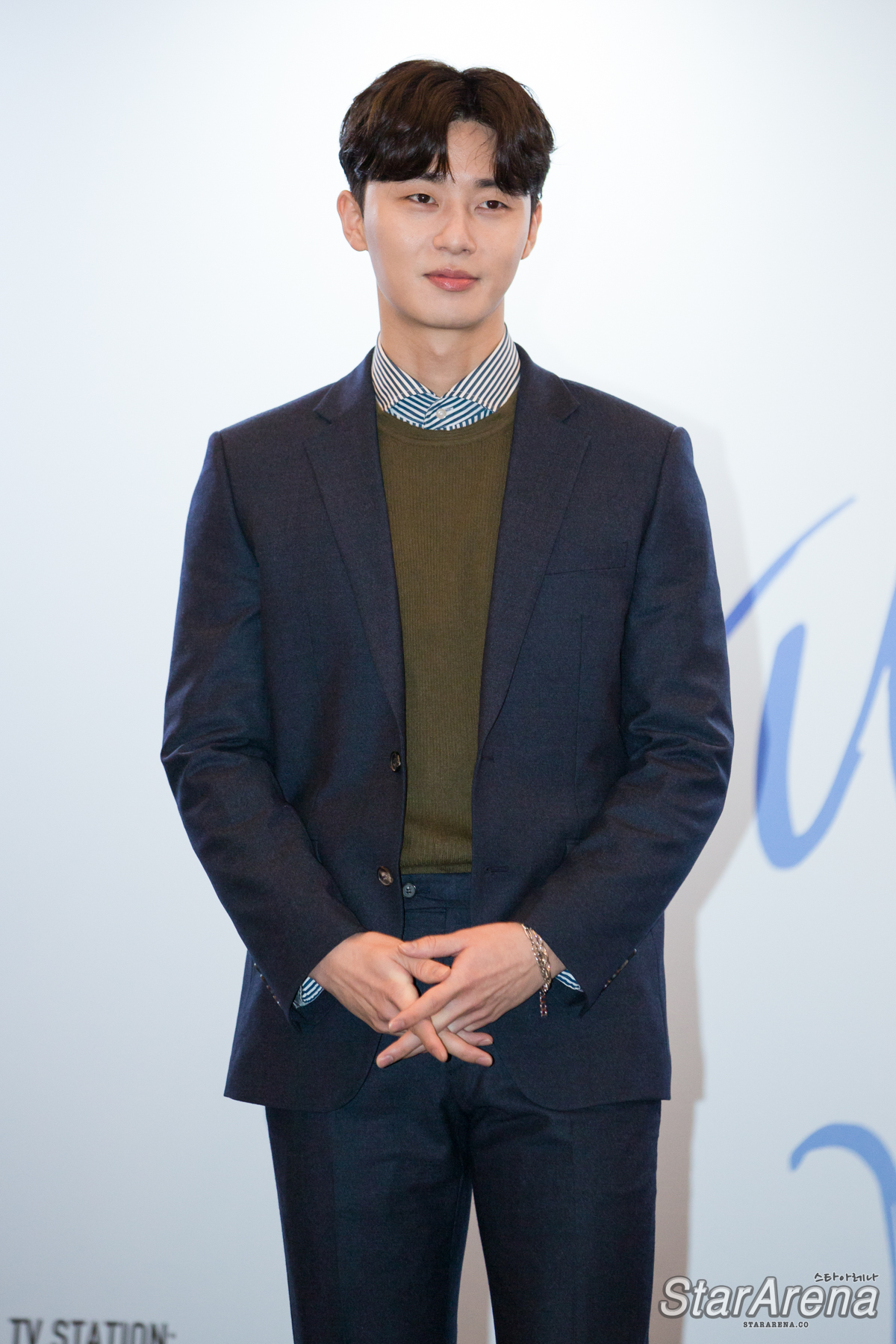 Wrapping off the press conference, the lanky actor was asked about his plans for 2018 and replied, “I don’t have anything specific in mind right now but I will try my best to find a project to show you more of Park Seo Jun”

We would like to thank organizers Unusual Entertainment for inviting us to ‘Park Seo Jun Live “Guess Who” press conference.