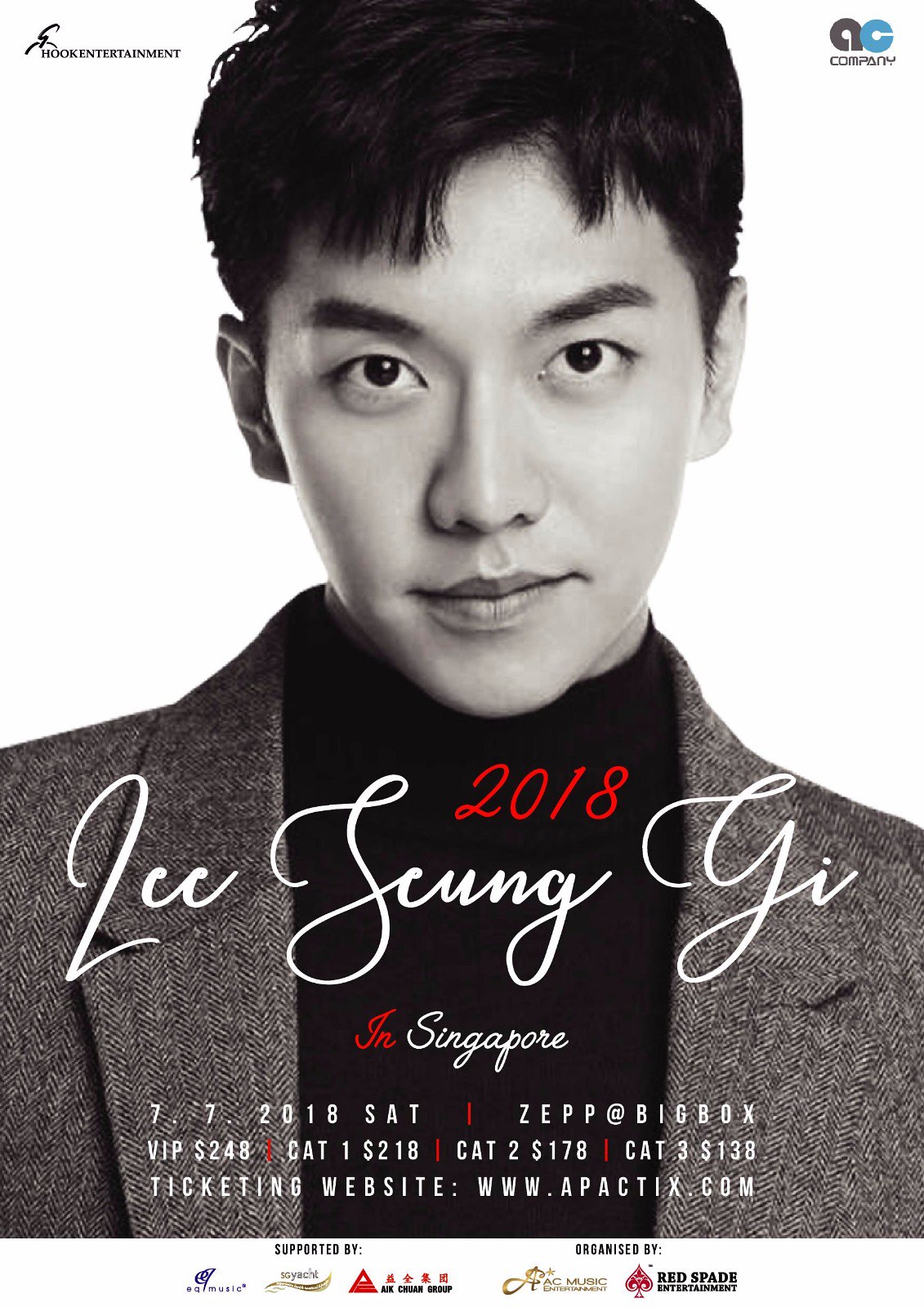 Jointly organised by AC Music Entertainment and Red Spade Entertainment, the long-awaited fan meet session will be held at Zepp@Bigbox and tickets will be available for sale at http://www.apactix.com. from 18th May 2018, 10 am.

Back to the limelight after his completion of army enlistment, Lee Seung Gi won fans and wowed critics all over Asia with his performance in the lead role in “A Korean Odyssey”, one of the most-watched Korean drama series in recent months.

His first movie project after his army enlistment – “Princess and the Matchmaker” topped local box office sales on the first day it was premiered with over 175,022 audiences airing over 965 screens during the weekends. The movie remained as the number one hottest selling film and surpassed 1 million viewership in a week.

Not just known for his excellent craft and delivery as an actor, Lee Seung Ki is winning audiences with his wit and personality as one of the co-hosts in “All the Butlers (Master in the House)” and will be the main host for “Produce 48” which will debut on 15 June 2018.

Lee Seung Gi is also known as the Ballad King with popular hits such as Because You’re My Woman, Marry Me and Return.