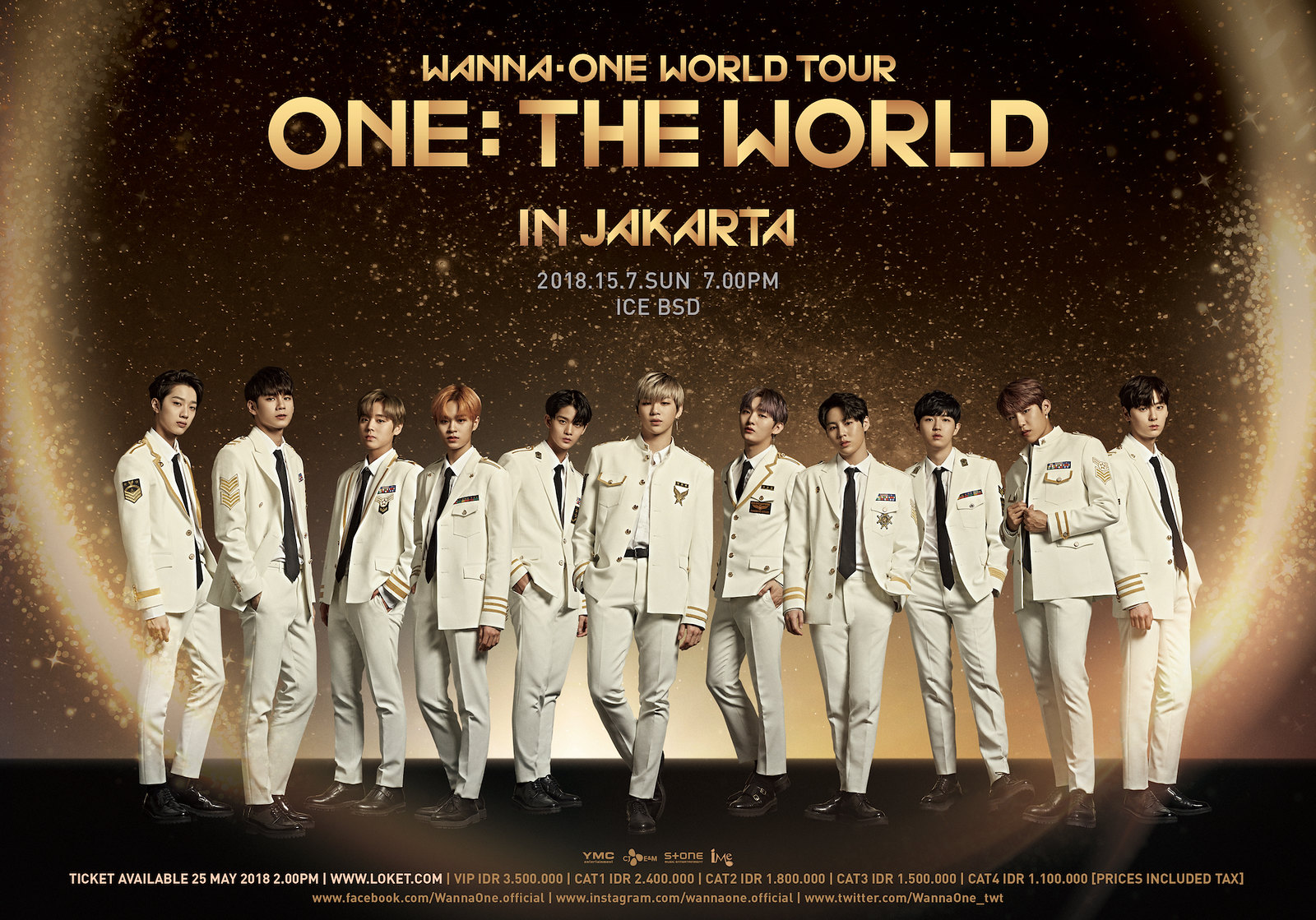 The current hottest boy group Wanna One will hold the world tour titled “Wanna One World Tour <ONE : THE WORLD> in Jakarta” on 15 July 2018 at Indonesia Convention Exhibition (ICE), BSD City. This world tour would span 13 different cities around the world that will kick off on 1 June with three concerts in Seoul’s Gocheok Sky Dome.

The group officially debuted at an event titled Wanna One Premier Show-Con on August 7, 2017 and released an extended play 1×1=1 (To Be One) on August 7, 2017, with the title song “Energetic”. On November 13, they released their repackaged album, 1-1=0 (Nothing Without You), with the title track “Beautiful”. With the combined sales of their first album and its repackaged edition, Wanna One became the first Kpop group to sell a million copies of their debut album.

In February 2018, Wanna One posted a series of teaser images titled 2018 Golden Age Begins followed by the released of their special theme track, “I Promise You (I.P.U.)” along with its music video. Recently they were back with their second extended play 0+1=1 (I Promise You) with number of preorders has surpassed 700,000 copies, breaking the previous record set by the group. The album was released on March 19, along with the title track “BOOMERANG”.

Beside their talents, the group is recognized for their brand recognition and marketing power, having topped ‘Boy Group Brand Power Ranking’ published by the Korean Corporate Reputation Research Institute as well as viewership ratings of the TV shows they appear on. This will be their first concert in Jakarta so you must not miss this unforgettable performance filled with magnificent stage set up, visual effects and the best stage performance from the boys for Wannables to enjoy.

Tickets available on 25 May 2018 2PM online via www.loket.com 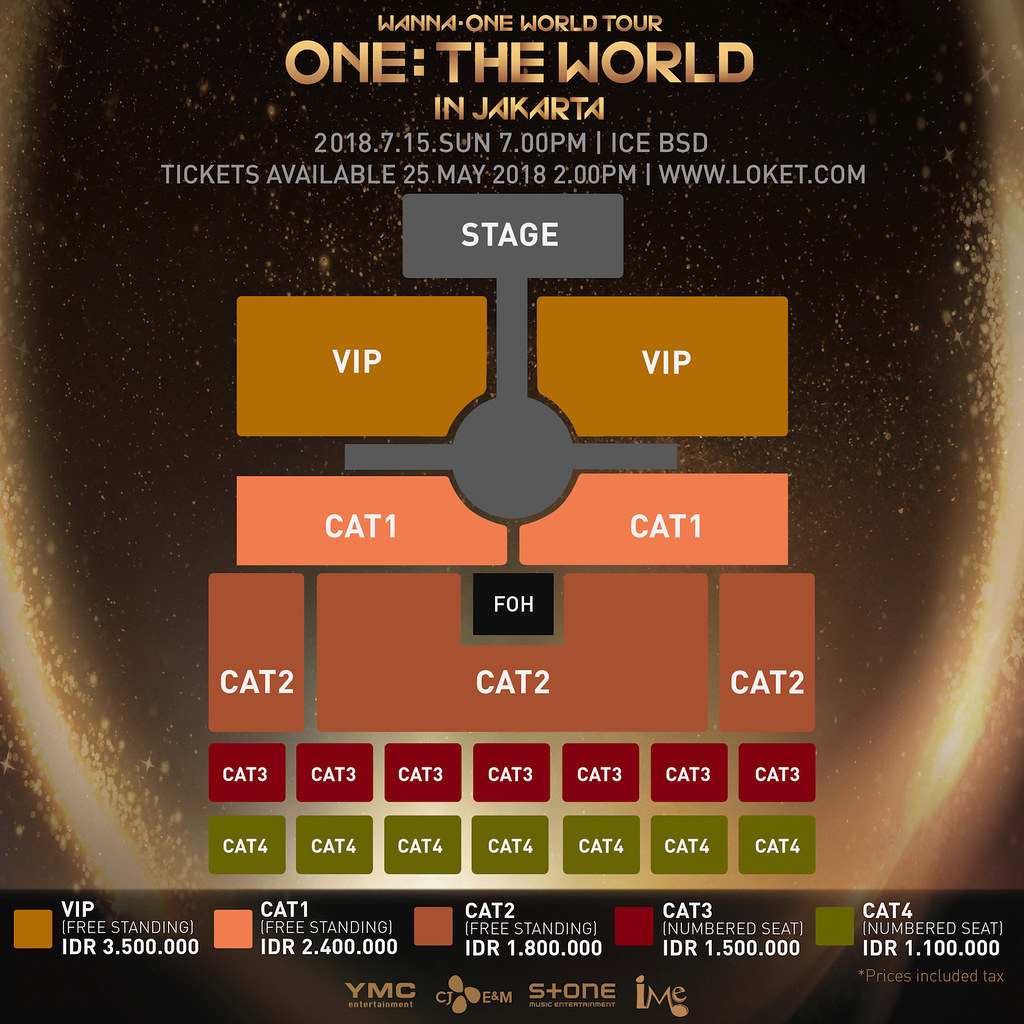 IME Productions Indonesia is a company incorporated in Indonesia as a concert promoter and event organizer. With its head office is based in Beijing, China, IME has more than 10 offices in China, Taiwan, Malaysia, Thailand, Singapore, Philippines, Korea and Australia.

IME Productions aims to be an industry leader in concert promotions and has extensively put together more than 200 K-Pop and International concerts and high profile events in the Asia Pacific region over the past few years.