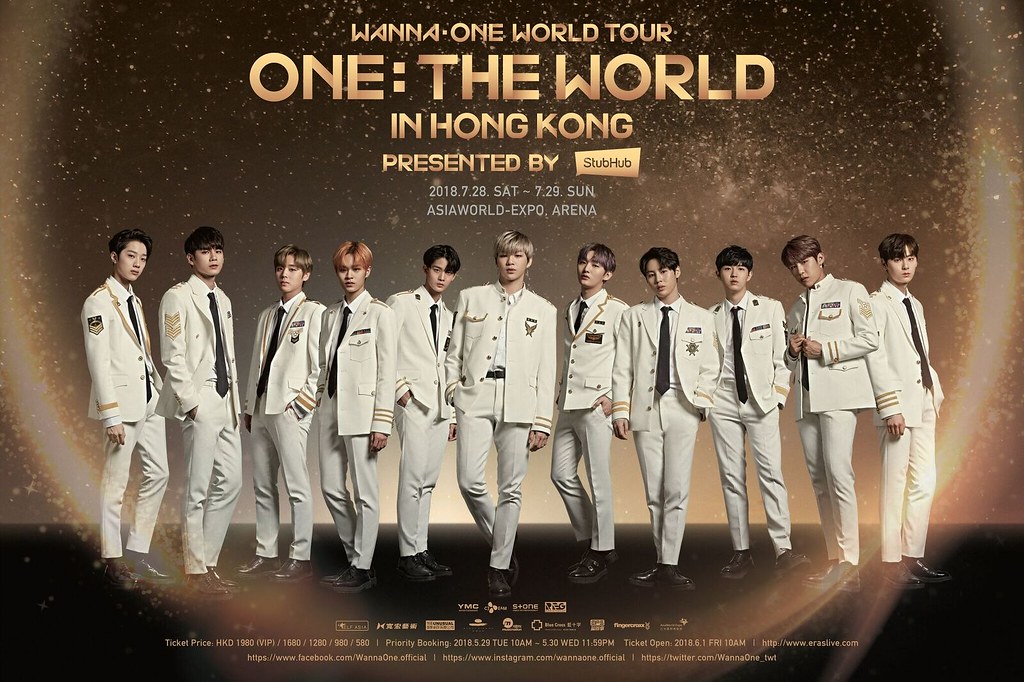 Hong Kong, 2018 – Wanna One, the South Korean boy band, is delighted to return to Hong Kong with their first world tour to the Hong Kong. Rolemodel Entertainment Group (REG) is excited to announce the two shows of Wanna One World Tour <ONE : THE WORLD> in Hong Kong Presented by StubHub to be held on 28 & 29 July 2018 at AsiaWorld-Expo, Arena. Tickets will go on priority booking starting from 29th to 30th May 2018 and go on public sale starting 10am, 1st June 2018 onwards via ERAS (https://www.eraslive.com).

In 2018, Wanna One released their special theme track “I Promise You (I.P.U.)” along with its music video. The number of pre-orders for their second extended play, 0+1=1 (I Promise You), has also exceeded 700,000 copies breaking their own previous record. This album was released on 19 March with its title song “BOOMERANG”. The group then announced their first world tour in April, titled Wanna One World Tour <ONE : THE WORLD> including Hong Kong as one of their 13 stops.

Wanna One World Tour <ONE : THE WORLD> in Hong Kong Presented by StubHub is absolutely an amazing and should-not-be-missed opportunity for the Hong Kong Wannable to see the group again!