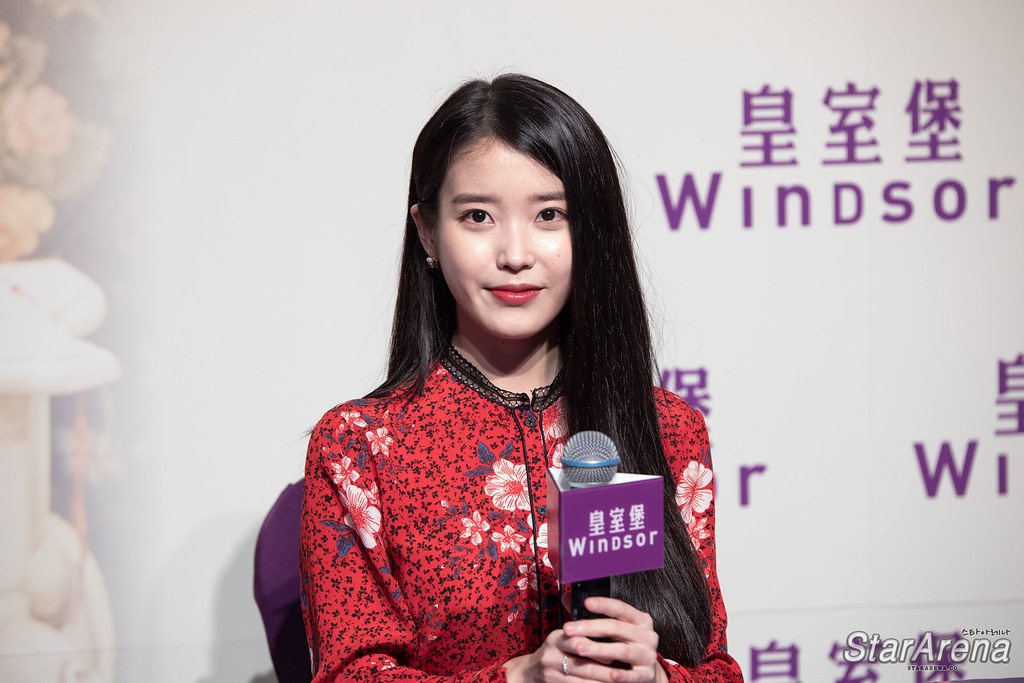 Hong Kong, 2018 – IU, who has debuted for 10 years, met up with fans and media at an open press conference on 7th December ahead of her 10th Anniversary Tour Concert <이지금 dlwlrma> in Hong Kong.

At around 7.30pm, IU arrived at the venue and after she waved and greeted everyone who was present, she immediately apologised and explained that she was delayed due to traffic condition. The crowd seemingly did not mind and cheered upon her greeting, she then asked the asked the crowd if they missed her and expressed that she really missed Hong Kong and Hong Kong fans in Cantonese. 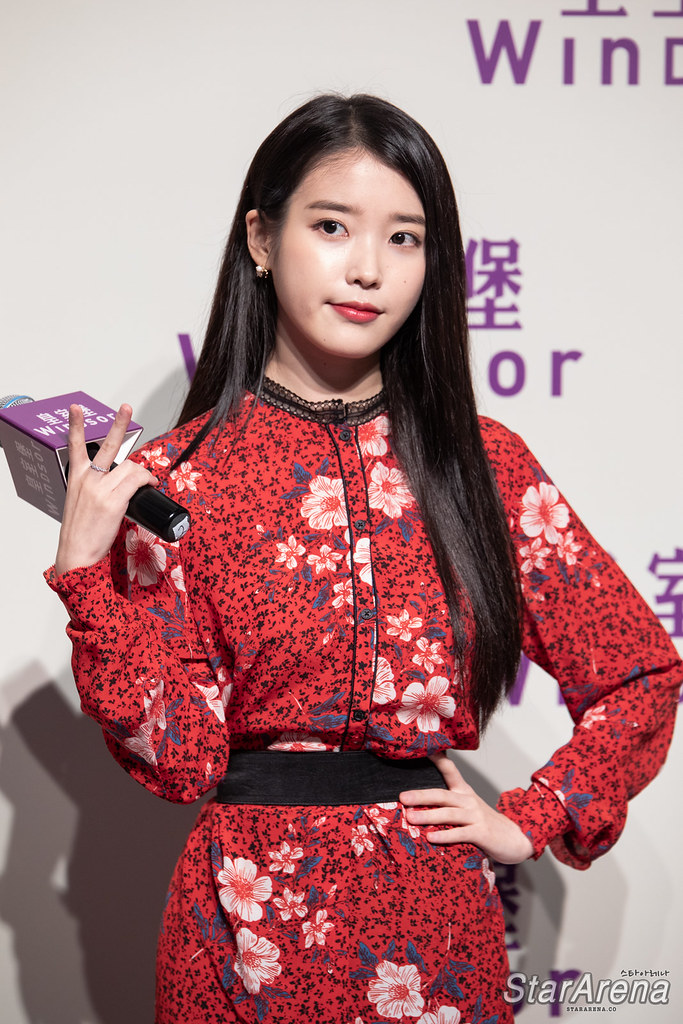 When asked about her preparation and if there will be any surprise guest for tomorrow’s concert, she decided not to disclose any hints so that everyone who attend the concert will get a surprise.

She shared that for BBIBBI, she decided to try a new style of music, Alternative R&B, and for the MV she also tried new things to make it as unique and as memorable. 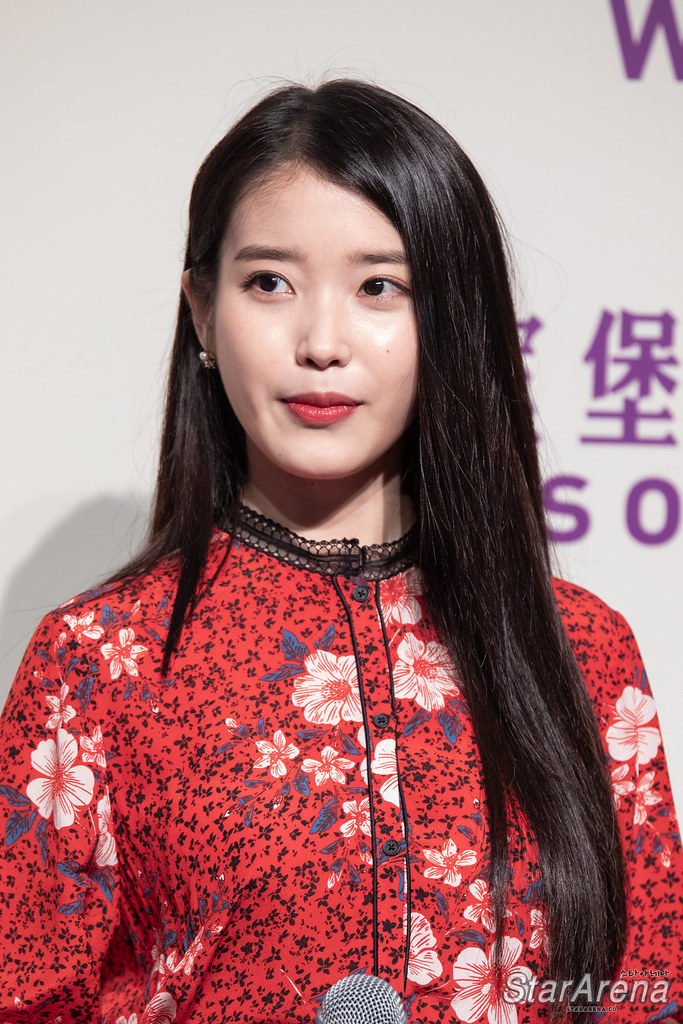 When asked about her thoughts regarding 10th anniversary and recent work status, she shared that she is really grateful to have the opportunity to work with and learn from senior actor Lee Sun Gyun in ‘My Mister’. She also shared that she will be releasing a new album in 2019 and do hope that fans will look forward to it. 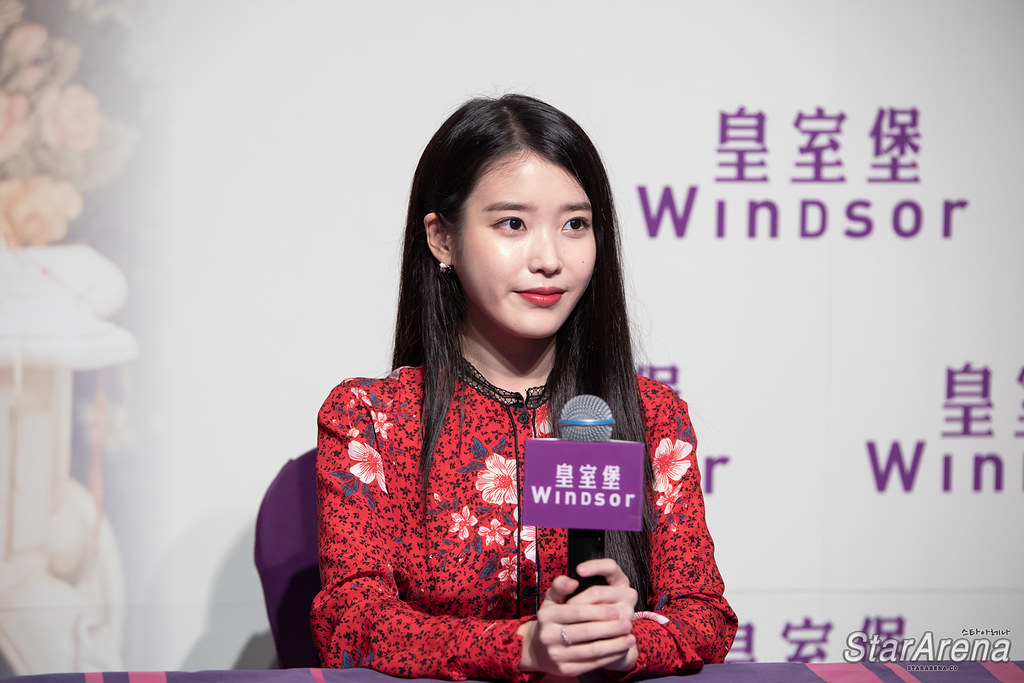