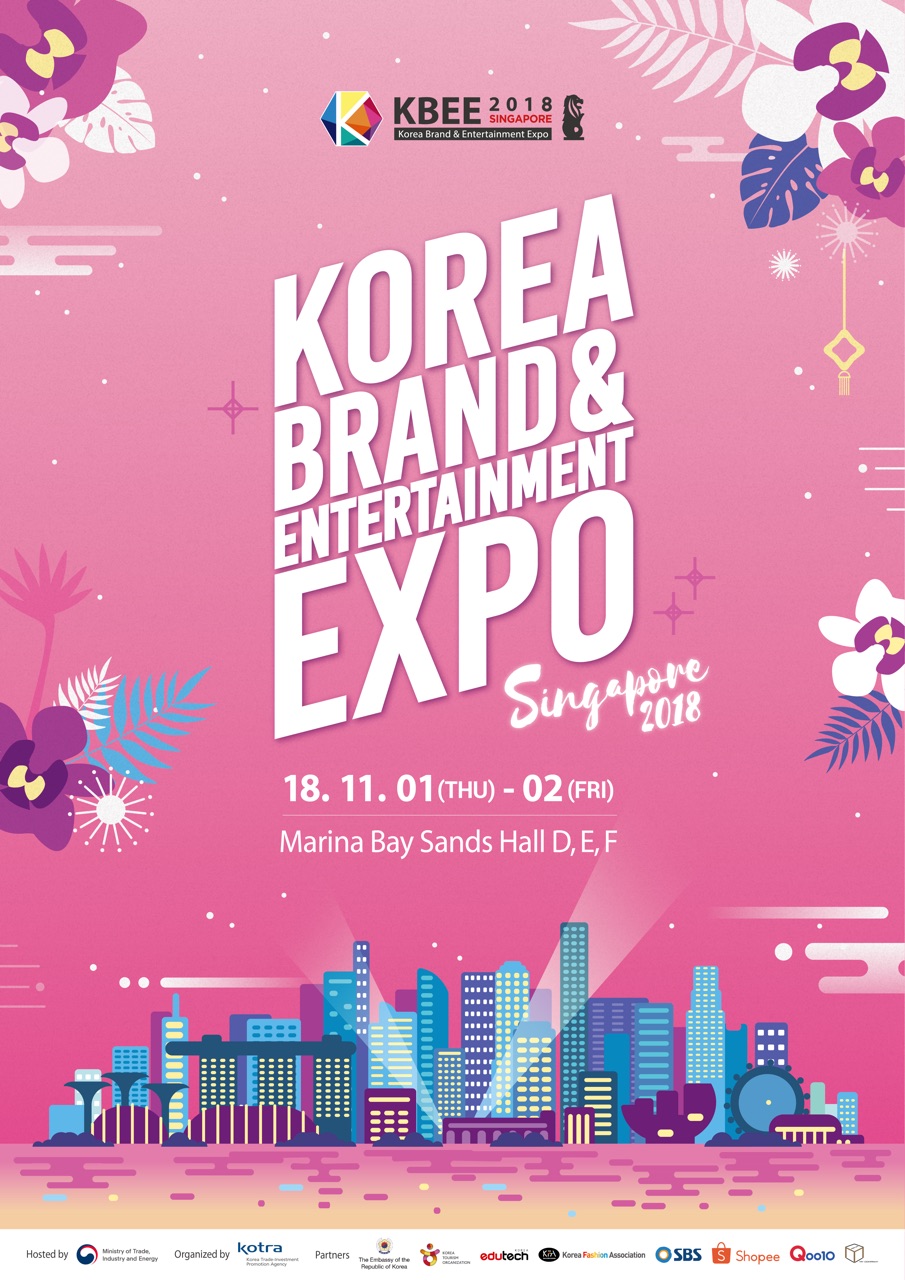 Singapore, 2018 – Korea Brand & Entertainment Expo is one of the most famous K-Lifestyle festival that combined Hallyu, such as Hallyu stars and concerts, with promotion of consumer goods and service products of Korea. Around 120 enterprises of Korea’s well-loved cosmetics, fashion clothing, daily necessities, food, health care, K-Pop goods, Education, and ICT are participating in the exhibition & sales promotion, and hold business meeting with Singaporean enterprises. Not only performance, fan signing event, press conference, and social contribution event(CSR) of honorary ambassadors will be held, but other various events, such as K-Beauty Makeup Show and Influence Live Streaming Show, will be held as well, for the festival of seeing, hearing, feeling and experiencing. END_OF_DOCUMENT_TOKEN_TO_BE_REPLACED

Jakarta, 2017 – KOTRA (Korea Trade Investment Promotion Agency) opened a two-day event ‘Korea Brand & Entertainment Expo’ (KBEE) at Sheraton Hotel, Gandaria City Hall, Jakarta, on September 4. This is the first time KOTRA is holding this annual event in Indonesia to enhance business collaboration and investment between the two countries. As the ambassadors of KBEE, Super Junior D&E (Donghae and Eunhyuk) and actress Song Jihyo also came to promote the event as well as to greet their Indonesian fans.

END_OF_DOCUMENT_TOKEN_TO_BE_REPLACED

Jakarta, 2017 – With the mission to tighten friendship between Korea and Indonesia, Embassy of Korea in Jakarta, Indonesia, will be holding Korea Festival 2017 this September. Supported by various Korean government based institutions, Ambassador of Korea for Indonesia, Cho Taiyoung, is optimistic to bring colorful charms of Korea through a series of events to Indonesian citizens.